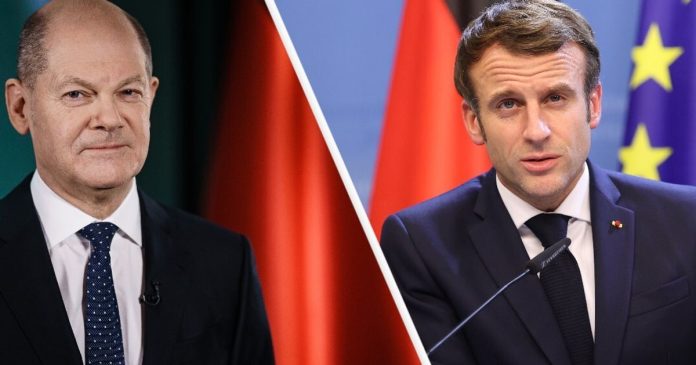 Germany shuts down three reactors in 2021 and plans to do the same with the other three in 2022. Belgium shares the same idea, which is to “close” its seven plants by 2025. Spain, which has some operating reactors as well, does not consider it “green” on the launch. Luxembourg rejects the proposal to include maize in the green classification as a “provocation”. Maize Austria does not want to know, as 82% of its primary energy production is made from renewable energy sources (2019 data), and is considering legal action against the Commission. France is happy to see nuclear power (77% of its domestic production) taken into account in Brussels. Italy, fond of Minister Cingolani’s idea of ​​increasing its gas extraction, is silent for the time being and hopes at least for a golden rule to exclude “green” investments from the deficit account. A few days after posting Draft To the European Commission on the green classification, the distances between 27 instead of narrowing it down are widening, and if yesterday it seemed divided, today it shows itself smashed.

Defining a green classification is central to directing investments: by using the “green” character, industrial and infrastructure projects can be more attractive to private capital. However, the decision to include nuclear and gas in the EU’s green classification has already been met with heavy criticism in recent weeks, when the rumors did not take the form of a Commission draft. Technicians from Brussels and the team of experts who collaborated in drafting the central document defining EU energy planning in the context of the Green New Deal attempted to circumvent the expected resistance by offering exporters some conditions. It is not neutral regarding climate and environment. Nuclear and gas energy, first of all, will be considered green compliant only for a specified period of time and “to the extent that they contribute to the transition towards climate neutrality and do not cause significant harm to the environment,” according to the Brussels official. The Commission considers that the energy mix of the future is predominantly a renewable or low carbon energy system. We really hope this proposal will help bring about the change we need and direct private funding towards low-emissions energy sources.”

See also  Afghanistan, a month ago Biden said: "Scenes like Vietnam? No, we won't see people being evacuated from the roof of an American embassy."

In fact, this means that investments in nuclear energy will be “green” only if the projects presented have a well-defined plan, financing and site for the safe disposal of radioactive waste. Building permits will only be allowed until 2045. It is worth noting that at the moment there is still talk of third or third generation plus nuclear power. Not the fourth, (slag-free) fusion that experts believe may have a role on an industrial scale not before mid-century. For gas, investments in power plants will only be green if they contribute to emissions of less than 270 grams of carbon dioxide equivalent per kilowatt-hour and replace more polluting fossil fuel plants. They will need to obtain a building permit before 2030.

With regard to gas, the commission’s terms seem more stringent. It is a non-solid fossil source, certainly less polluting than coal and which Italy is looking at with interest, as it contains deposits of unused methane. Moreover, in a European context marked by high prices and a constant decrease in supplies from the main supplier, Russia, for reasons of a geopolitical nature. But it’s about nuclear power where the clash is likely to get worse at the community level.

“We believe that nuclear technology is dangerous,” government spokesman Stephen Hebestreet told reporters in Berlin, noting that the question of what to do with radioactive waste remained unresolved. Hepstreet added that Germany “openly rejects” the EU’s assessment of atomic energy and has repeatedly confirmed this position towards the commission. Germany is now considering the next steps to take. Germany is set to shut down its remaining three nuclear power plants later this year and phase out coal by 2030, while its neighbor France aims to modernize existing reactors and build new ones to meet energy needs. Berlin plans to rely on natural gas so that it can be replaced by non-polluting energy sources. The two opposite paths taken by two of the EU’s largest economies led to an embarrassing situation for the Commission. The EU Executive Branch project concludes that both nuclear and natural gas can be considered sustainable under certain conditions for investment purposes.

Hepstreet said the German government’s goal is to use only natural gas as a “bridge technology” and replace it with non-polluting alternatives such as hydrogen produced from renewable energy by 2045, the deadline set by the country to become climate neutral. The spokesman did not say whether Chancellor Olaf Schultz supported Economy and Climate Minister Robert Habeck’s view that the European Commission’s proposals are a form of “green whitening”.

Germany has recalled three of its last six nuclear power plants. The Brokdorf, Grohnde and Gundremmingen C reactors, operated by E.On and Rwe facilities, were closed on December 31 after 35 years of operation. The last three nuclear power plants – Isar 2, Emsland and Neckarwestheim II – will be closed by the end of 2022. However, the shutdown does not mean decommissioning, which will take longer and is expected to take place by 2040 in the case of Brokdorf, for example.

In 2021, the six nuclear power plants contributed about 12% of Germany’s electricity generation. The German energy mix consists of 41% renewable sources, 28% coal and 15% gas. By 2030, Germany aims to meet 80% of its energy demand using renewable energy sources. This is not the case in France where – looking at Eurostat 2019 – 77.6% of its energy produced comes from corn and only 20% from renewable energy.

Germany is not alone in staunch opposition to the proposal put forward by Brussels: the draft is “provocative from a procedural point of view” and “in terms of content conceals the dangers of greenwashing,” Luxembourg’s Energy Minister Claude Turmes wrote on Twitter, saying he was ready “to examine the proposal in detail and discuss More steps” with Germany and Austria, and equally opposed to including nuclear energy as a sustainable investment. The proposal was sent to governments on Friday, “in a nightly and opaque business. That says a lot about transparency,” Turmes attacked.

The same tones used by Vienna: If these are the plans “we will sue,” Austrian Federal Minister for Climate, Environment and Energy Leonor Gosler wrote on Twitter, stressing that nuclear power was “dangerous and not a solution in the fight against the climate crisis.” Austria has no reactors and produces nearly all of its energy from renewable sources.

The Spanish government also rejected the European Commission’s proposal to include nuclear energy and natural gas in the EU’s “green” classification. According to Madrid, this is a “step back” and a “false signal” for financial markets. Deputy Prime Minister and Minister of Ecological Transformation and Demographic Challenge, Teresa Ribera, stressed that “regardless of whether we can continue to invest in one or the other, we believe it is not green or sustainable energies.” He added that Spain is “a strong supporter of green classification as a key tool for common references that investors can use to achieve decarbonization of the economy and climate neutrality by 2050”, but that including nuclear and gas energy is a “step back”, according to government official Sanchez. He stressed that “this is meaningless and sends the wrong signals to the European energy transition as a whole.” While recognizing that both nuclear and natural gas have a role to play in the transformation, this is “limited in time”. Member states have until January 12 to submit their response to the Commission. Then, once published, it will have to pass the examination of the Council of the European Union and Parliament, where environmental parties are also declaring a fight.

See also  Near the resorts, tourists flee from the Aegean to the Mediterranean

In 2019, France was the country that produced the largest share of energy in the European Union (20% of the total), followed by Germany (17%), Poland (9.6%), Italy and Sweden (6%)). However, the debate over green classification is intertwined with energy security (or sovereignty) at a particular historical point, characterized by risks to supply security due to geopolitical and military reasons, as evidenced by the tensions on the Ukrainian border. Primary energy production in the European Union in 2019 was distributed among various energy sources, the most important of which in terms of the volume of its contribution was renewable energy sources, with more than a third (36.5%) of the total. The second place for nuclear energy, with 32.0% of total primary energy production, is led by France, followed by Belgium (77% of domestic production in 2019) which, however, is on the verge of booming in nuclear energy like Germany. However, all European energy production is not enough to meet its needs: more than half of Europe’s energy is imported. The energy dependence rate in the European Union exceeds 50%.