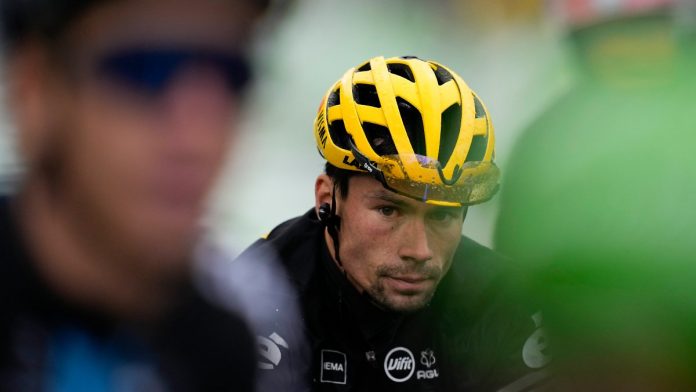 Primus Roglic, who finished second the previous year, withdrew from the Tour de France after the first stage in the Alps. This was announced by the Jumbo-Visma racing team. The 31-year-old had already crossed the finish line at Le Grand-Bornand on Saturday, some 35 minutes behind today’s winner, Dylan Tunes.

Slovenian Primoz Roglic, second the previous year, retired from the 108th Tour de France. The ailing Jumbo-Visma captain came down before stage nine. This was announced by his race team in reference to the injuries Roglic sustained early on during the Tour. “We made that decision together,” said the frustrated Roglic. “Now it’s time to relax and focus on new goals. I’m very disappointed, but I have to accept it this way.” Whether Roglic will start at the Olympics as planned is currently open.

The Vuelta winner Roglic suffered a bad fall in the third stage on Monday shortly before the finish at Pointefy and has since suffered various agonizing injuries during the race. The 31-year-old suffered bruising to his tailbone and major scrapes all over his body. “It just didn’t make sense,” said the Slovenian. “I tried, but the pain was just too intense.” He was alongside defending champion Tadej Pogačar as the favorites for the overall win. In Saturday’s award winner, Dylan Tunes, he was about 35 minutes from the finish at Le Grand-Bornand.

On Friday he already lost a lot of time with his compatriot Bujar (UAE team Emirates) and lost all chances of achieving an overall victory. On Saturday, Cottbus’ teammate Tony Martin slipped further, and was about 40 minutes behind the new man in the yellow jersey. Pogačar leads the overall standings by nearly two minutes over Wout van Aert (1:48). Kazakh Alexei Lutsenko, who is already third, is down at 4:38.

Medvedev steadily advances to the round of 16 at Roland Garros