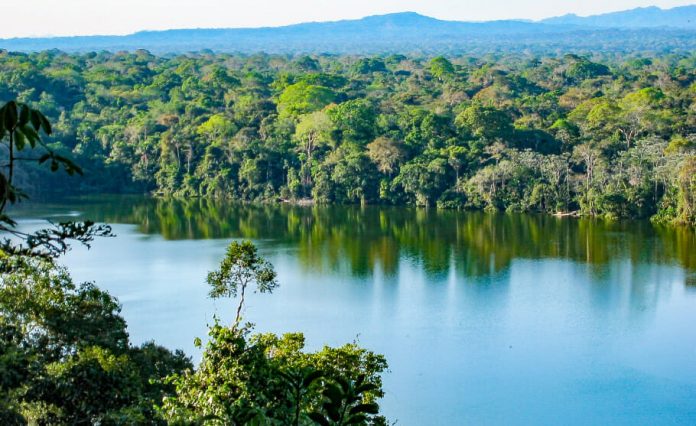 SpaceX CEO Elon Musk and the Brazilian government have begun negotiations for the company to provide satellite internet service to the Amazon rainforest and help detect illegal deforestation.

Likewise, it seeks to provide service to schools and health centers as a minimum, so that communities can emerge from that technology gap that plagues them today.

These negotiations were opened in Austin, United States, between Brazil’s Minister of Communications, Fabio Faria, and the CEO of SpaceX.

Via his Twitter account, the Minister expressed his satisfaction with this meeting and said: “We are talking about environmental issues and connecting people in rural schools in Brazil. I am very excited to start a partnership with Starlink and with SpaceX and Brazil.

Meanwhile, the founder and CEO of car maker Tesla, added that he is “willing to provide connectivity primarily to the less serviced people in Brazil” and help “ensure the preservation of the Amazon.”

It should be noted that Starlink uses more than 1,500 low-orbit satellites in search of providing an Internet service that can be accessed from most parts of the planet.

If this ambitious project takes place, it will be a major achievement because, according to official data, about 40 million people (19% of the population) lack access to the Internet.

Elon Musk is best known for being the owner of Tesla and for his desire to send humans to Mars, he is credited with more projects in full development and deployment. Chief among them is Starlink, a company that has become a provider of Internet through satellites in low orbit.

The goal of SpaceX is to provide high-speed communication in remote areas of the planet, dispensing with terrestrial infrastructures.

The company currently owns dozens of countries, with more than 69,000 active users of the internet calling service. It’s a number that could cross 500,000 users “in twelve months,” Musk said.

Elon said they hope to connect the world as quickly as possible, “except for the poles.”

The businessman confirmed that next year, “we will start launching the second version of our satellite. We will start bringing our portals and points of presence directly to our server centers. We don’t want to be too confident, but that looks like it’s going to be very positive for the major carriers, fiber-optic companies, and 5G companies.

Musk also noted that Starlink terminals currently cost about $500 in any country in the world – excluding taxes or import duties – although work is underway to find cheaper devices.

On the other hand, he noted, SpaceX was born to ensure that life is “multiplanetary”, with the main task “to expand consciousness beyond Earth so that we can increase the chances that the future is good.”

To do this, he stressed, it is necessary to “radically improve” spacecraft technology: “The Holy Grail is reliable and rapidly reusable rockets. With the Falcon 9, we have achieved the most effective usability of any rocket to date using thrusters that have now flown 10 times already” .

With this commitment to connectivity, internet users hope that there will be coverage in all the surrounding areas of the world, because we all know that it has become necessary to have internet service at home and crowded places like parks, schools, shopping malls, etc. .

PS5 Stock: The console is back in SFR for a limited...