Persia Digest
Home World Burma The United Nations is “terrified” by the massacre of civilians. ... 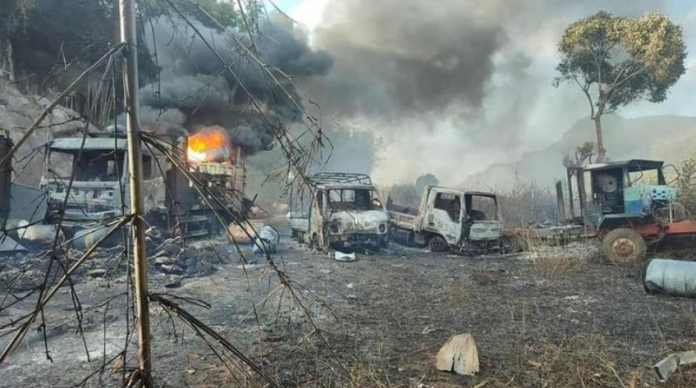 “terrifled”. The United Nations Under-Secretary-General for Humanitarian Affairs, Martin Griffiths, commented on the news that came in Burma at least 35 civilians, probably including two aid workers, were killed and their bodies cremated. For this reason, the Undersecretary turned to the Burmese government and demanded that an investigation be opened to shed light on what happened. “I condemn this serious incident and all attacks on civilians across the country, which are prohibited by international humanitarian law,” Griffiths said in an official statement. “I am asking the authorities to immediately launch a thorough and transparent investigation into the incident,” Griffiths added. According to the UN Under-Secretary-General for Humanitarian Affairs, two staff members of the non-profit organization Save the Children are still missing after their private car and others were attacked and burned in an attack in eastern Kaya state.

Anger is rising on social media after the massacre of civilians on Christmas Eve. And it ends with the military in the ruling military council accusing them. according to what guardianAmong the dozens of victims, there are many women and children. According to the information circulated, Myanmar government forces arrested and shot at least 35 residents of Habrosu locality. A witness said that the victims tried to flee the fighting between the army and armed resistance groups in the area. Pictures of the massacre spread online and sparked outrage against the army, which seized control of the country last February. “According to reports, the military forced people to get out of their cars – a local NGO said – and arrested some, killed others and burned their bodies.”