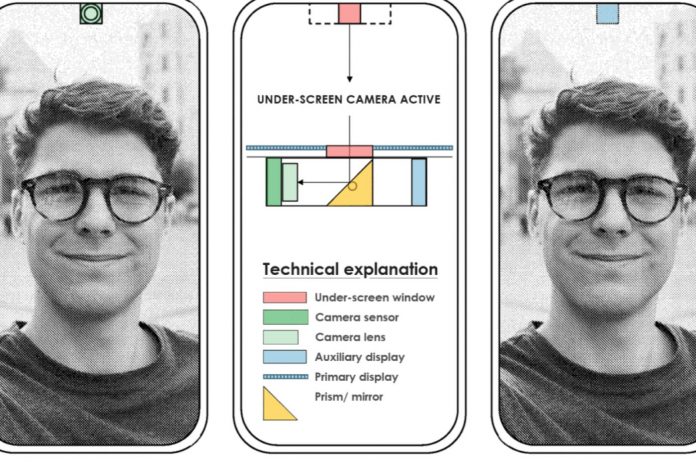 The web giant filed a new patent application this week for its built-in screen camera technology.

Thanks to their increasingly thin screens and increasingly slender borders, our smartphones compete in imagination to get rid of the selfie camera at the front. After the pop-up cameras of the Huawei P Smart Z or Xiaomi Mi 9T (read our test here), it seems that the manufacturers have temporarily lined up the hole, not necessarily very aesthetically pleasing, but it had the advantage of being discreet. Last year, the manufacturer ZTE tried to stand out by introducing the first front sensor integrated under the Axon 20 5G display. Promising idea, but it quickly showed some limits.

It must be said that if the idea of ​​hiding the selfie camera under the screen was not new, the manufacturers quickly encountered technical difficulties associated with the presence of the screen on the sensor. However, the giant Google may have found a solution to the problem. In a recent patent application of more than 20 pages submitted by the company and retrieved by Let’s Go Digital, we learned that Google would like to place “Window” Directly under the display (in red in the diagram), in front of its sensor. Then a shimmering prism (yellowish) is placed under the latter. In selfie mode, the mirror automatically turns to allow light to pass through the window for a few millimeters. When the post is not in use, it tilts differently to display the content of the second screen (in blue in the diagram), thus completing the main screen.

See also  Quickly Uninstall These Android Apps Before It's Too Late

There is no publication for the Pixel 6 phone

Obviously, these are only working documents that the web giant is currently working on. While the Pixel 6 and 6 Pro have been unveiled over the course of weeks, it appears that the design of the latter confirms the absence of such a device. Plus, it’s always a good idea to remember that filing a patent does not always coincide with the release of a new product. Like Apple or Samsung, Google offers a slew of patents every year, without using them. For brands, this mainly helps protect their ideas.