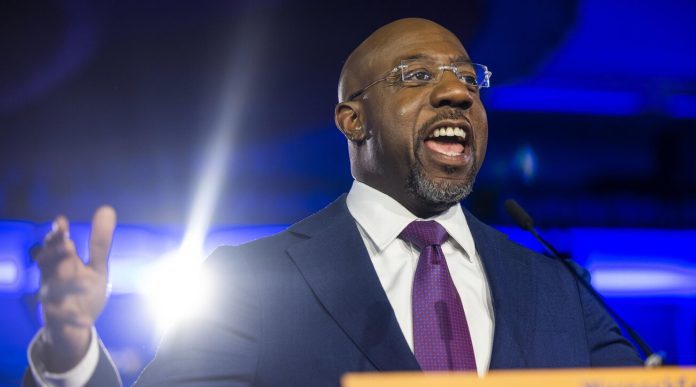 Warnock rejoices: “People have spoken” – On Tuesday alone, the number of voters reached 1.4 million, recording a “record turnout in all fields.” And 1.9 million Georgians have already voted early or by mail, which is a record. “It is an honor to utter the four most powerful words ever spoken in any democracy: the people have spoken,” Warnock told supporters after confirming his victory.

Who is Raphael Warnock? – The 53-year-old Baptist preacher whose church in Atlanta was led by civil rights leader Martin Luther King Jr. gave special thanks to his mother, who grew up in the 1950s “picking someone else’s cotton” in Georgia. Then he added. “I am Georgia. I am the epitome and repetition of its history, its pain, its promises, its brutality, its possibilities. But since this is America, why do we always have a way to make our country great. We are united here. Thank you, Georgia.”

The election campaign between insults and issues such as abortion – Warnock Walker ran a very intense campaign full of insults. All this despite the fact that the majority in the Senate was already practically determined, since the Democrats had already taken the Pennsylvania seat from the Republicans, reaching 50 seats. Abortion was one of the strong themes of the campaign. Walker, who wants a nationwide ban, has been busy denying embarrassing claims by two of his ex-girlfriends that he encouraged and paid them to terminate their pregnancies. Instead, Warnock advocated for a federal law affirming women’s right to abortion.

Congratulations from Joe Biden Joe Biden called Warnock to congratulate him, describing his victory as a defeat for Republican extremism and Donald Trump’s “Make America Great Again” philosophy. “Georgia voters have stood up for our democracy and, most importantly, put a good man back in the Senate,” the president said on Twitter.

loser comment Walker conceded defeat, acknowledging that his campaign had not been successful, and expressing his gratitude to his team. The Republican openly thanked election officials who ensured that the ballot was being handled effectively, allaying fears that he might refuse to accept the result. Walker told his supporters, “I don’t want any of you to stop believing in America.” “I want you to believe in America and continue to believe in the Constitution and in elected officials… always, always vote, no matter what.”