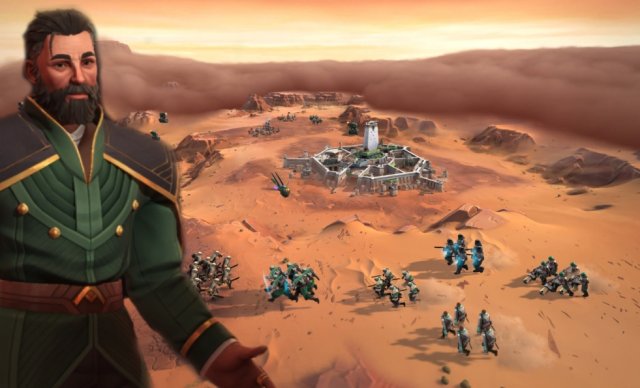 In fact, the dune and the strategy fit perfectly. After all, Frank Herbert’s legendary novel provides an environment that almost demands mitigation: a hostile desert planet, rare resources, exciting factions, powerful legends – with these ingredients, the legendary Dune 2 really set the standard. Today, after nearly 30 years, a new team is trying to brand it: Dune: Spice Wars comes from the pen of Shiro Games, the same studio that developed the iconic Northgard. Spice Wars also goes against conventions, if you’re expecting a new Dune 2, you won’t find anything here. Instead, there is an intense mix of a real-time strategy and a 4X strategy. You can learn how to play here.

What’s in the Early Access version: about 30 euros You don’t get the full game yet, but you do get a pretty decent foundation. The multiplayer campaign and story are not currently included. But there is actually a full skirmish mode, where you compete against three AI opponents. Four factions are already fully playable, you can choose from Atreides, Harkonnen, Smugglers or Fremen. More factions will follow during Early Access. (We’re betting on Bene Gesserit or Sardaukar, they haven’t shown up yet.) But the range is definitely enough for a good impression, because gameplay isn’t likely to change much.

The most important thing about Dune: Spice Wars (Buy now €29.99 ) Need to know: It is not a game where you allow tanks to pass through the sands of the desert, and epic physical battles do not happen here. It’s a 4X strategy game at its core, but it’s fought in real time. Fighting is only one among many and the battles are not really deep. So that the whole thing doesn’t get too hectic, you can pause gameplay at any time – and you should, until you get familiar with all the mechanics. At first, Spice Wars can be very confusing: there are tutorial windows, but they perform poorly throughout the game. You have to read about all the subtleties in the tooltips and come up with them yourself.

There are three ways to win the game. As usual in this genre, you can destroy your opponents, either by destroying the enemy base or by assassinating a ruler. You can also be elected ruler of the dunes or achieve a domination victory, which corresponds to the classic points victory. But no matter which way you go and how you specialize, you basically have to use all the elements of the game: only those who explore, occupy, spy, fight, build, search, loot and, above all, cleverly balance the many resources, will lose out from the competition. All at the same time, please, while notification and warning icons pop up at the top of the screen every few seconds. Especially in the first games, you can easily get overwhelmed. But don’t worry: it will quickly disappear. Because Spice Wars is not as complicated as it seems at first glance.


Our army wants to storm the capital of Harkonnen.

Your goal is to occupy a map divided into many smaller sectors. All parties begin with a territory, a capital, and an ornithopter, an aviation reconnaissance unit. You immediately send them to a neighboring area while you are already training the first units – because you will need them soon. By the way, you don’t have to think too much about it, there are only five basic units for each faction, which are roughly divided into combat fighters, interconnected fighters and guerrillas. Nor: There are no tanks, no quads, no triples. You use pedestrians almost exclusively.

The ornithopter quickly surveyed the area, revealing villages, raw materials and interesting objects. For example shipwrecks or ruins that provide resources and other rewards. But first, of course, you have to grab an area that contains a valuable Spice deposit. To do this, just send a few units to the village, from which then a few defenders will move. From now on, the attack pretty much manages itself. Detailed management is kept within narrow limits, for example, units do not have active capabilities that can be used in a targeted manner.

Only every now and then a few soldiers have to change positions, for example if they are in the range of a defensive position or if you want to get your long range fighters out of the danger zone. And if the ground begins to tremble under the soldiers, then you must respond immediately – announcing the attack of the sandworm, which in one fell swoop completely swallows your forces. (Tip: If the constant worm attacks bother you, you can adjust the frequency before starting the game in the options menu!)

Typical 4X: The entire map is divided into sectors.

Now that the village is occupied, the area is yours and you can construct buildings. (We mean “structure,” Dune 2 fans!) Buildings can be placed anywhere around the settlement, but there are only five slots per area. That’s why you have to weigh what you need now. Of course, you can never avoid spices, so you can build a refinery at every opportunity, through which a reaper reliably collects valuable spices is sent. Then you don’t have to worry about that anymore, with one exception: if a worm attacks, the harvester will be brought to safety, even automatically if you wish. Then, however, we have to manually dial it into its Spice slot over and over again — an odd design decision.

See also  After growing criticism from IT circles: State data protection officials are scrutinizing the Luca app
go to comments ()