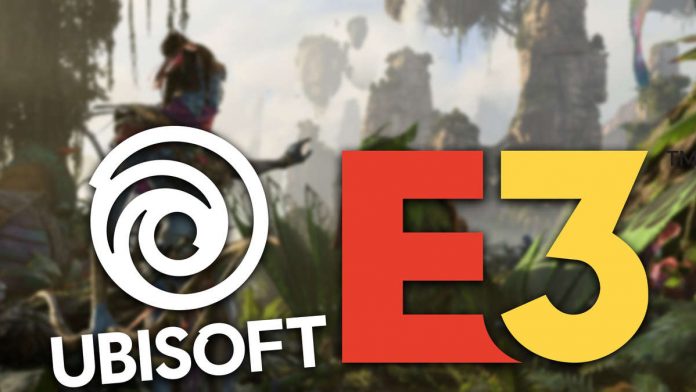 On June 12, the online presentations for E3 2021 began, and Ubisoft was the big name in the beginning. We will tell you about the highlights of the live broadcast.

Montreuil, France The fifth season for players has finally begun. First Geoff Keighley opened the Summer Games Festival on June 10 with a slew of new trailers, followed by the opening of the E3 2021 Show on the evening of June 12. And while the show may take place exclusively online this year, that doesn’t stop publishers from doing so until their hottest irons are shared with fans for the first time. This time, Ubisoft kicked off the show and made some highlights of the show.

Less than an hour and a half before the actual show, it started Live broadcast from Ubisoft Forward With a countdown. Instead of pre-shows or any form of entertainment content, the main thing for fans to see was something else “forward”. For long stretches of countdown, there was nothing more to see in the broadcast than the main character in Assassin’s Creed Valhalla, walking steadily and directly through the game world. The first memes were hardly forthcoming.

But then the actual presentation began and Ubisoft put together a big title with Rainbow Six: Extraction right at the start of E3 2021. Extraction will be the first new entry in the series since Rainbow Six Siege, which came out in 2015 and has become a shooter over the years. The new first trailer features some of the well-known characters from the ancestor who go on a rescue mission together and have to survive against the alien parasites. Now you can think about what you want about it. However, for many fans, the new thematic direction of Rainbow Six should be a strong departure from the realism that has prevailed in the series for so long.

After a sneak peek into the cooperative gameplay of Rainbow Six: Extraction, Rocksmith+ was a comeback for a musical that no one really expected. But things just got a lot more interesting with a new show for Riders Republic. , which introduced game modes and transportations for the extreme sports game. The live stream for the rest of Ubisoft consists mostly of new content for previously released games and a few new trailers. Here is an overview of all the announcements from Ubisoft’s E3 demo:

In addition to Rainbow Six and Riders Republic, Far Cry 6 and Mario + Rabbids – Spark of Hope were some of the biggest new announcements on the Ubisoft lineup at E3 2021. The first gameplay for Far Cry 6 has already been revealed, but there have been new insights about Opponent Anton Castillo. In addition, the game will get a season pass, with which former villains such as Vaas and Pagan Min can be played in the new part. The latest announcement wasn’t a new trailer for Beyond Good and Evil 2, but a new game from the Avatar universe.

Many fans have been disappointed with Ubisoft Forward. On Reddit, many noted the lack of popular series, such as Rayman, Prince of Persia or Beyond Good and Evil 2. mentioned above. Others were surprised by the announcement of a new Avatar game, especially against the backdrop of so many missing fans – Darlings. For many fans, there is still room for improvement when it comes to press conferences. Fortunately, presentations at E3 2021 will take place through June 15th.

One of the greatest survival games of this generation for free...