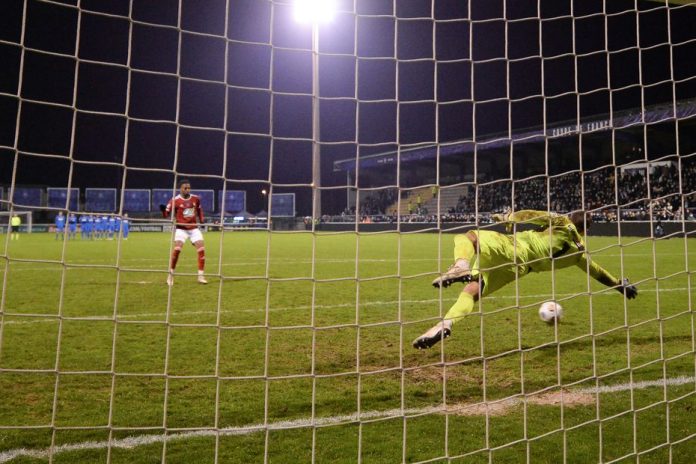 The thrill continued until the end! It wasn’t until the 25th shot on target to see Brestois win over Dinan Lehone. A record at this stage of the competition.

Dinan Lyon’s supporters believed in it until the end… This Sunday, Stade Brestois went on to snatch victory after a historic penalty shootout at this stage of the competition. 12 shots on goal for 13. Only a match like the Coupe de France can give us.

That’s an impressive feat for the Costamorecans from National 3. It was reduced to 10 in the 32nd minute, and with Samba Toure disqualifying the very high foot on the MBOK, Denan Lehun held off Brest. Embark on the Finistériens until the penalty shootout.

What a session! It wasn’t until the thirty-second attempt ever to see Brest win. “It was cold but we had to stay alert, explains Brest defender Brendan Chardonnet. “OhN was well annoyed by the rival players. “They really bothered us…to the end,” Jean-Kevin Dufferne, another Brest defender, was received.

The magic of Coupe de France is experienced on Eurosport 2 and the Eurosport app and https://t.co/7qbNJch1A0 pic.twitter.com/edb5ZhWk8R

It was a great adventure. We will keep fond memories of all of this, especially the penalty shootout that was so long ago.

Finally, Brest will win with 12 shots on goal to 13. Dinan Lehun’s players will have made the fun last until the end, making Costa Ricans dream until the end! “It’s a shame it ended like this, sorry supporter. I’m proud of the team, it was a good match“This morning the amateurs are back in business. Tired!

Brest flies away from the 16th French Cup finals. They will receive Bordeaux. For other Breton clubs: Rennes will go to Nancy (L2), AS Vitré welcomes FC Nantes and Vannes will oppose PSG!