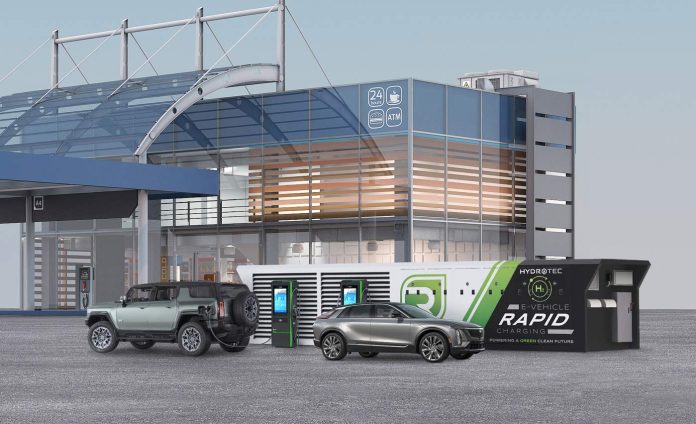 Network connectivity is one of the biggest enemies of DC fast charging for electric vehicles. General Motors is proposing to exploit its hydrogen fuel cell technology to alleviate this particular limitation.

After years of focusing negatively on electric mobility, US auto group General Motors intends not to leave all the cake to others. That is why they multiply the opportunities to position their solutions so that they are exploited as diversely as possible. What are these solutions? In the vast majority of systems they revolve around two internal systems: low-cobalt Ultium batteries, and hydrogen fuel cells.

Distributed by Fuel Cell Systems Manufacturing, a joint venture between General Motors and Honda headquartered in Brownstown, Michigan, the latter has already been selected to integrate the most diverse machines. Thus, without being exhaustive, for applications in commercial aircraft with Liebherr-Aerospace and Navistar trucks and locomotives built by Wabtec Corporation.

Today, there is already a strong link between electric cars and hydrogen cars. Now that the idea of ​​using H2 gas in heat engines has lost a lot of ground, hydrogen-powered vehicles are essentially models driven by an electric powertrain. Except that the power mainly comes from playing a fuel cell, not from a large capacity lithium package. General Motors has just proposed new solutions that will bring electric cars and hydrogen cars closer together. This time, by exploiting hydrogen to recharge conventional electric vehicle batteries at high power. The main benefits of this solution: Temporarily equip the sites, avoiding large and expensive work to connect to the electricity grid. Not to mention the tedious procedures and sometimes big delays.

GM’s first solution, developed in partnership with Renewable Innovations, is the EMPower DC fast charging unit. It has been specifically designed to be installed in existing service stations, with maximum flexibility at all levels. But it will also find its place along very busy roads, as well as near tourist and / or popular vacation spots.

According to the visuals provided by GM, this rendering will be based on a container type chassis. It will house 8 Hydrotec power packs by default, along with their hydrogen tanks. Outside, 2 chargers per side. These four charging points can simultaneously replenish the batteries of several vehicles with a power of up to 150 kW each. According to the manufacturer, more than 100 electric vehicles can be serviced before having to refuel with hydrogen. The partners estimate that they will be able to deploy 500 of these structures in the United States by the end of 2025.

The second solution unveiled by General Motors and its renewable innovations comes in the form of a mobile unit, somewhat similar to a trailer that powers the generator set.

What is it used for? With this structure, it is about offering temporary fast stops. Multiple applications. For example, equipping a site that will meet seasonal or occasional needs in terms of charging electric vehicles. Winter sports resorts fall into the first category. As an illustration of the second, an electric vehicle exhibition is held in a place with few charging stations.

Leaving the US framework in which GM initially keeps its new equipment, one can well imagine the mobile station being used to power electric cars that follow an event such as a cyclist in the Tour de France.

See also  This weekend at TN Autos we tested the Mustang: Watch the preview!

For their mobile solution, the partners do not provide accurate data on electric vehicle charging. Only technical characteristics are communicated, namely, the output power, which is within a fairly wide range, between 60 and 600 kW. Also, this chassis on wheels will be manufactured in Renewable Innovations’ production units located in Salt Lake City. This will also be the case for EMPower stations.

In its press release, GM is looking at other applications for its mobile unit that could actually replace a diesel generator. The American manufacturer estimates 70% more power for a similar volume, while being quieter. Thus the equipment can be used to supply electricity for construction sites, cinema sets, data centers, outdoor concerts, etc. A palletized transportable derivative model, intended for the US Army, was planned to supply camps and serve as an emergency power plant. 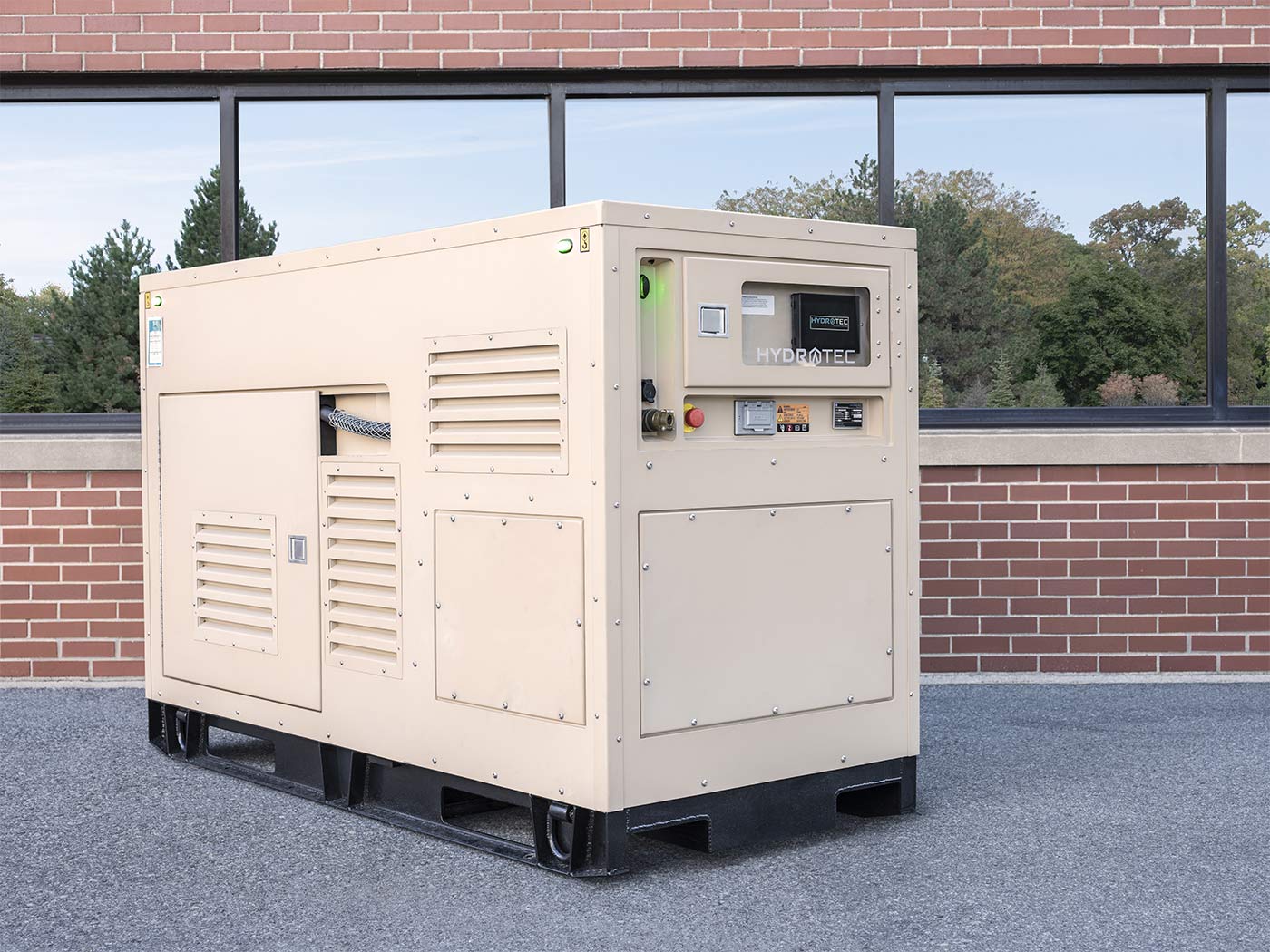 Advice from Mortgages Plus to get the necessary mortgage and buy...