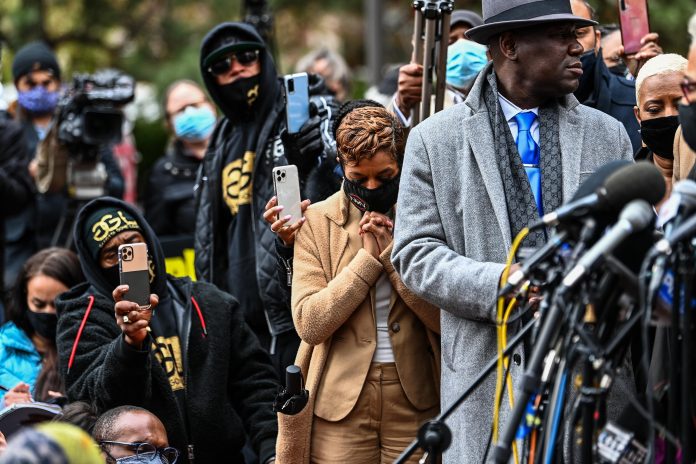 George Floyd’s trial is entering its final phase. After the speeches, the jury meets to discuss the verdict in the case: the jury will have to decide whether ex-client Derek Chauvin is guilty of the murder because he pressed more than 9 minutes on the knee on the neck of the 46-year-old. African American, begged him to stop.

Before they left the courtroom to begin their deliberations, Judge Peter Cahill explained the instructions they must follow: “As a juror, you are required to make an important decision in this case,” the judge said. He asked the jury to “allocate the necessary time to“ think carefully about the evidence ”, to analyze the reason for the decision, to examine whether biases affected him, to“ listen to each other ”because“ listening to different perspectives can help you to clearly identify the potential effects of hidden bias. Better, “to resist the temptation to” jump to conclusions based on personal likes or dislikes “and to protect against” generalizations, instinctive feelings, stereotypes, or unconscious biases “until a unanimous judgment is passed.

In his speech, attorney Eric Nelson, the agent’s advocate, told the jury that the information Chauvin obtained at the time Floyd was in custody would prompt any reasonable agent to take the same action, arguing that it was pointless to assert that other factors such as drug abuse and heart disease did not play. No role in Floyd’s death. “The state has failed to prove his allegations beyond a reasonable doubt. Therefore, it must be proven that Mr. Chauvin is not guilty of all charges,” said Nelson.

In response, Attorney General Jerry Blackwell instead argued that Nelson had misinterpreted the law. “When he talks about causation, he talks about fentanyl, heart failure, high blood pressure, and he says we have to prove beyond a reasonable doubt that none of these other factors played a role,” the prosecutor said. Instead, “What we have to prove is that the defendant’s actions were an essential causal factor in his death. It does not have to be the only causal factor. It does not have to be the largest substantive factor. It should only be one of the factors.” Blackwell said.

The Public Prosecutor has repeatedly indicated that “there is no justification for police violations.” “They said the paramedics took longer than expected to arrive. They should have been there in three minutes. Common sense will tell you that just the fact that the paramedics took longer than Mr. Chauvin thought, no. Reason for using excessive force or being indifferent to the fact that someone was …” Unless he is breathing anymore or not pulsing. “

“It was said, for example, that Mister Floyd died because his heart was too big. I heard this testimony – he pointed it out, concluded his response – and now that he has seen all the evidence and listened to the evidence, you know the truth, and the truth is that the cause of George’s death is Floyd is that Mr. Chauvin’s heart was too narrow. “

See also  “If Omicron breaks the vaccine, we face a second pandemic,” the alarm

Snow returns to the Alps and the Apennines, and this is...