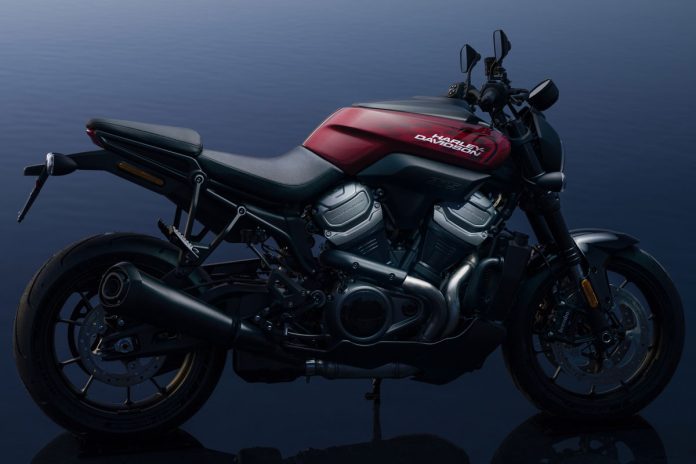 Registered trademark for “near future” use

Harley-Davidson is completely revamping its motorcycle ranges as the American manufacturer has just launched the Nightster, the second model of its new generation of Sportsters. Above all, this new tire opens a different version of the V-Twin Revolution Max with a displacement of 975 cm3.

In itself, this twin is not a real surprise because since the announcement of the opening for new segments, during the Levatich era, three models with an engine available in several displacements were announced: the Pan America 1250 trailhead, the Custom 1250 that became the Sportster S and the Bronx 975 Roadster.

In the meantime, however, Harley ran into financial difficulties, his boss was fired and Jochen Zeitz was appointed to restore order in Milwaukee. Although the Bronx was presented in a relatively advanced state at the end of 2019, it was left out by the manufacturer. In 2020, Zeitz confirmed that the model would not be launched in 2021.

Here we are in 2022 and still no Bronx. Worse, the Revolution Max 975T opened in the Nightster. The manufacturer’s error also revealed a later version of the Pan America track in 975.

But contrary to what the situation suggests, the Bronx is not dead. Away from this. She can even make it up in the short term.

In fact, Harley-Davidson was forced to renew its rights to the Bronx name because its validity was about to expire. As happened during the first application, the name was filed under Form ‘1B’ which together brings together names intended to be used ‘in the near future’ and not just protected.

If there’s no telling exactly when the Bronx 975 will see the light of day, it appears that the motor company’s good results in recent months have prompted the brand to resume some developments. This is good.


These articles may interest you