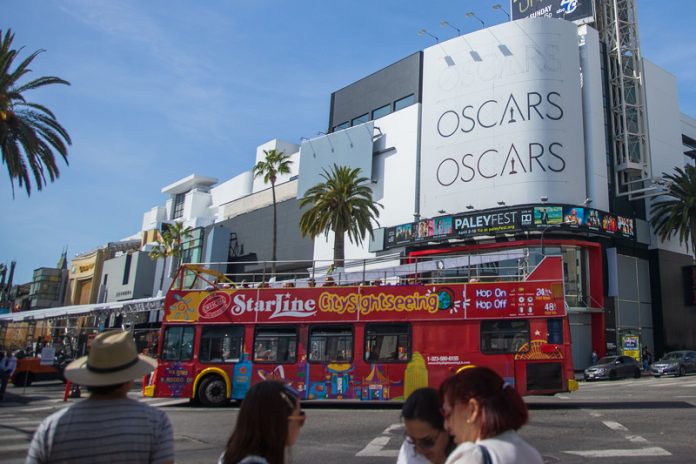 Los Angeles (USA). -). Hollywood on Wednesday experienced one of awards season’s most emblematic moments when it rolled out its red carpet on the Walk of Fame, after a two-year hiatus that the pandemic has made it impossible to repeat these images.

Like the lighting of the Olympic cauldron, the spread of the Oscar carpet begins the countdown to the great film festival, which this Sunday will once again welcome the stars and nominees at the Dolby Theater in Los Angeles (California, USA .. USA).

The Hollywood Academy is working around the clock with the goal of having everything ready for the 94th edition of its awards, with the complexity that this year it will require two coronavirus PCR tests, with negative results, from all attendees, staff and journalists.

The red color of the carpet bears the name “Academy Red”, which is reflected on the camera as a maroon-coloured canvas, covering approximately 300 meters in length and 20 meters in width.

The rest of the decoration, according to the details that the collectors worked on, will follow the classic motifs, curtains and figurines in golden and white shades.

Although good weather prevails in southern California, forecasts say there is a 70% chance of rain overnight from Sunday to Monday, hours after the party, so organizers set up a covered tent just in case it was allowed to continue.

The group will not only welcome guests, presenters, and artists who will perform at the ceremony, as hundreds of accredited media are also expected.

Amy Schumer, Regina Hall and Wanda Sykes will be the hosts.

A general view of the Oscars preparations, today, in front of the Dolby Theater in Hollywood (USA). Hollywood prepares to host the Academy Awards on March 27, which will celebrate its 94th edition in 2022. EFE / Javier Rojas