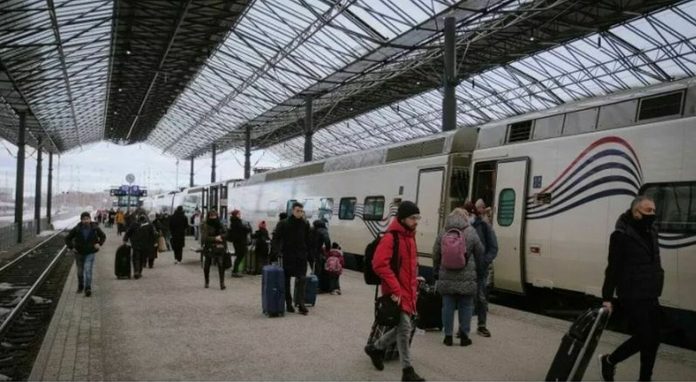 “How to leave Russia» In the afternoon on Google became one of the strongest searches from the Urals to Siberia. And the greater the anticipation for Vladimir Putin’s address to the nation, the more research continued even when the leader’s intervention in a scenario with no limits in the chaos of communications was postponed by the Kremlin. The increase in search was specifically intercepted by Telegram Mozhem Obyasnit but can also be detected on Google Trends, meduza.io confirms.

In Russia, you search for the phrase "; How to leave Russia " It appeared on Google this evening – exactly when Putin was scheduled to address the nation after the passage of new laws on “mobilization” and “” martial law. & quot; https://t.co/afBuMfjYuX pic.twitter.com/ZR2FUme4Io

But what could arouse the desire to know how to leave Russia? Last March, a mass exodus of Russian bourgeoisie was recorded, in the days immediately following the aggression of Ukraine when the borders were not yet closed and sanctions had not yet worsened the economy. Now the situation has certainly worsened and the fear of “general mobilization” is growing, which could force millions of Russians into military conscription. It is no coincidence that the State Duma, the lower house of the Russian parliament, unanimously approved the law that increases penalties for violators of martial law (associated with public mobilization) and evaders of military service. Then there is the troubling question about the “referendum” on the annexation of Donbass, the outcome of which is unpredictable.