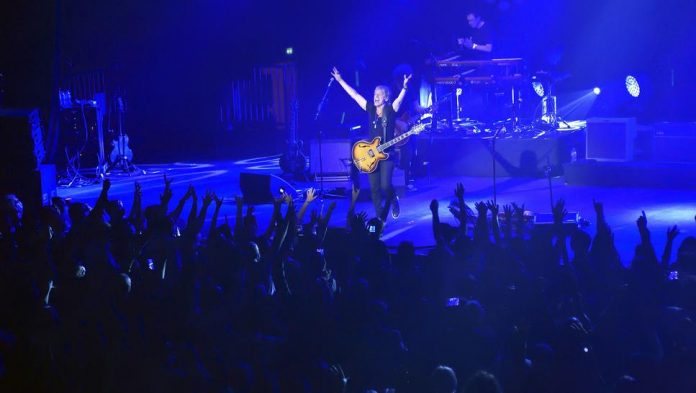 Today’s Mood – After long health restrictions, the festival fulfilled all expectations: the joy of the audience, the generosity of the artists and the enthusiasm of everyone. Happy date runs until June 27th.

How good it is to wander in front of the fire makers! Chatterton, glowing on the stage of the Palais Oron, Wednesday in Prentice de Bourget. How good it is to resume in the chorus the funny and cruel stretches of Rita Mitsuko, sung by the great Catherine Ringer, surrounded by her musical family. How good it was, the day before, to hear the second apparition after an hour and a half of a rock concert as comforting as it was tense, shouted “Jean-Louis” by the grizzly fans of the former telephone captain. The writing may sound silly, and naive to see, but we never imagined that a reunion of artists would have such a strong taste for the first time. So that they are carried with such fervor on the side of the stage, as on the side of the hall.

She is keen on minute details and impromptu words: Jean-Louis Hubert trades for him plaster and cement From before disassembly Happy opening, fire! Chatterton laughs at the audience’s shyness and doesn’t know if he’s allowed to stand or not – “At the same time, we’ve been sitting for two years, haven’t we?”-, He ends up going down to greet him in the hole. Finally, Catherine Ringer took the time to explain to the cautious viewer the benefit of changing the guitar for each song and thus expressing the joy of playing.

It is also because of this feverish optimism, this solidarity that emanates from all the lyrics of their songs, when every day fear is called upon in the news, often out of opportunism, ease, interest. This “Of course baby we’ll cross but you’re shaking it seems to me I’m going to swim” Jean-Louis Hubert, who almost shed tears in his eyes, “These flowers are lying on the mud” Chatterton advocated, these stories that usually end badly, ” But not always “ The sly Katherine Ringer remembers when her song closes. Even more than music, this hope is transmitted and shared that we have lost so much.

Did you miss ‘Jack Offenbach – Hoffmann Tales’ Wednesday at Artie?:...