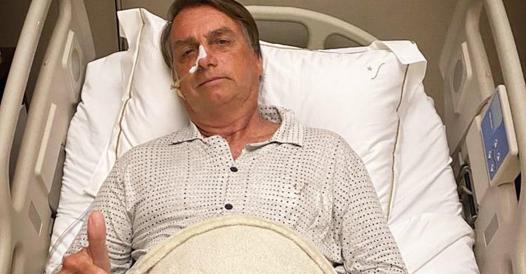 The President of Brazil was taken to the emergency hospital; Doctors said his condition is stable. After being stabbed in 2018, Bolsonaro has already had four abdominal surgeries

President of Brazil Jair Bolsonaro condition in the hospital by “Bowel obstruction. The Vila Nova Star Hospital in Sao Paulo where it is staying has issued a bulletin in which he reported a stable condition. Bolsonaro himself posted a selfie from the hospital showing his thumb.

The Special Secretariat for Communications of the Presidency of the Republic (SECOM) reported that the President is fine.

Bolsonaro fell ill while on vacation in the states of Santa Catarina.

Since he was stabbed during the 2018 election campaign, Bolsonaro has undergone four abdominal surgeries.

doctor Antonio Luis MacedoBolsonaro, who turned on Bolsonaro after the attack and who has since followed the development of the case, was in the Bahamas when he was warned of the president’s abdominal discomfort: He has already returned to Brazil, but – according to the G1 news portal – he believes the president does not have to undergo another surgery. .

See also  Maryam Ghani ... life in Brooklyn between a loft and the art of the daughter of the former Afghan president - Corriere.it

“The wave arrives, I risk many deaths”