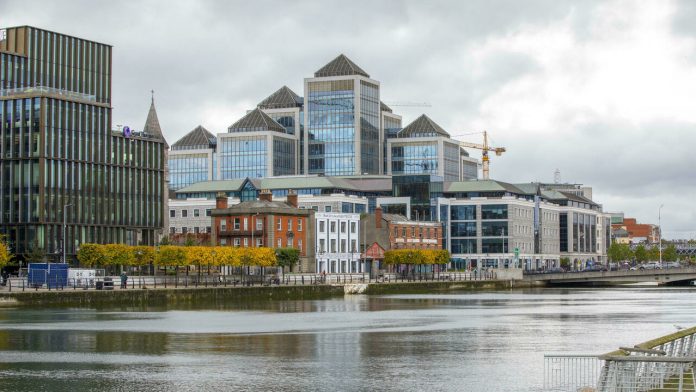 What are the latest hurdles that multinational corporations will face in global taxation that will soon be overcome? In the wake of Ireland’s highly symbolic rally, more than a hundred countries are negotiating on Friday under the auspices of the Organization for Economic Co-operation and Development the details of this historic reform.

The international organization should make announcements at the end of the day on future international taxes, which are supposed to combat optimization strategies that allow large companies to partially evade taxes.

Agreement on the main lines was reached in July, and it is now a matter of setting technical parameters, but the subject of difficult negotiations between countries with very diverse national tax strategies.

A key lock has already been unlocked with a crowd on Thursday in Ireland and Estonia, two countries that until then had been reluctant to affix their initials to text.

For Dublin, which houses the European headquarters of Apple, Facebook and Google, the assurance that the minimum tax rate for groups with a turnover of more than 750 million euros would not exceed 15% was crucial. The July agreement stipulated at least 15% and left the door open for an increase.

European Commissioner for Economics Paolo Gentiloni on Twitter on Thursday described the Irish “yes” as a “big step forward”.

For her part, US Treasury Secretary Janet Yellen said that “we are on our way to achieving change where only one change occurs per generation.”

Of the 140 countries and regions associated with the OECD negotiations, four are still missing, including Hungary.

Budapest, which proposes a corporate tax rate of 9%, is one of the states focusing on tax attractiveness and negotiating one of the main points still under discussion: the cuts that will be allowed to calculate the tax base for multinational corporations.

The other big piece concerns the amounts of tax revenue that will be redistributed in countries where multinational corporations have activities and clients, but no head office.

This concerns only very large groups that record more than 20 billion euros in sales each year and show high profitability.

If presented as historical by many leaders, the text will continue to be criticized by NGOs and some economists for its lack of ambition and the inequality it may cause.

According to the NGO Oxfam, with a tax rate of 15%, the additional tax revenue generated would benefit two-thirds of the wealthy G7 countries and the European Union. The poorest countries will recover by less than 3%.

As for the redistribution of tax revenue to states where multinationals do business, “primarily the United States and Europe will benefit from it,” Daniel Boone, head of international projects at the Washington Tax Foundation, assures AFP. Because multinational corporations “home their head offices and most of their clients there.”

Joseph Stiglitz, a Nobel laureate in economics, welcomed a “great gesture forward” that allows “some loopholes to be cleared,” and on Thursday lamented at a press conference an agreement that “does not sufficiently address the concerns of developing and emerging countries.” The economist campaigned for a tax of at least 25%.

The goal is to implement the reform by 2023, which is the time to adapt the legislation. But some questions remain unanswered, such as the administration’s ability to impose reform on Congress.

48 million French people have received at least one dose, according...

5 Tips for Getting Your First Financial Loan