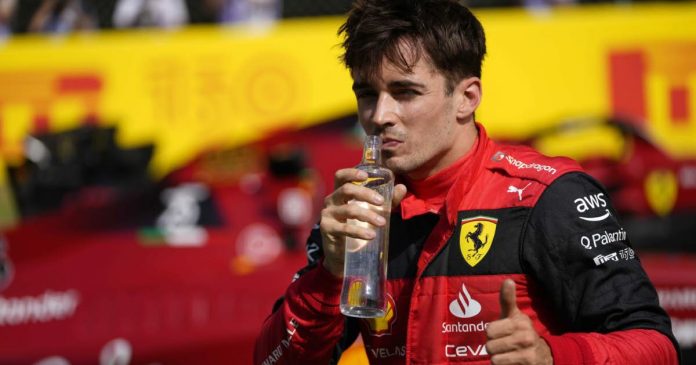 Charles LeClerk (Ferrari), head of driving, took a pole position at the Spanish Formula 1 Grand Prix on Saturday, finishing fourth in six races this season. Scuderia smiled at the driver lucky: Monacask, who made a mistake during Q3, only went fast on one lap and set the fastest time.

Click “I accept all cookies”You authorize us to deposit cookies to store your data on our sites and applications for personalization and advertising purposes.

You have the option to withdraw your consent at any time.
Manage my selections


At the Barcelona-Catalonia circuit in Montmel, he suffered a mechanical malfunction at the end of a qualifying match on Sunday (3pm) with Dutchman Max Verstappen (Red Bull), his rival in the general category. “I couldn’t do my last fold, but couldn’t be in the front row […] That’s good. Obviously, I wanted to go to the pole, ”the reigning world champion replied. With temperatures in the air at 34 degrees and the track above 45 degrees, the Spaniard Carlos Science (Ferrari) set a third fastest time, still searching for the first polar position of his career.

There is no French in Q3

Struggling to play leading roles from the start of the season, George Russell’s Mercedes and seven – time world champion Lewis Hamilton will start in 4th and 6th place respectively. The two Frenchmen on the bench were unable to climb in Q3: Esteban Ocon was 12th in the Alpine, followed by Pierre Gasly in 14th, starting behind him. The previous day, the AlphaTauri driver did not record any time during the last free training session as the engine warmed up at the start of the session.

From 2014 (except 2021) this round was the perfect opportunity for many teams, such as McLaren, Ferrari, Mercedes or Aston Martin, to make improvements on the Catalan track, a scene of inevitable occurrence and winter testing. The Red Bull was outraged at the unity of its single seat with the more powerful RB18.

Two British drivers, Sebastian Vettel and Canadian Lance Strol, were eliminated at the start of the qualifying round in Q1 and will start on Sunday the 16th and 18th respectively.
In front of his own crowd, Spain’s Fernando Alonso (Alpine) was knocked out in the 17th Q1 between two Aston Martins.