Persia Digest
Home science loaned from Antarctica | How did the melting of a giant... 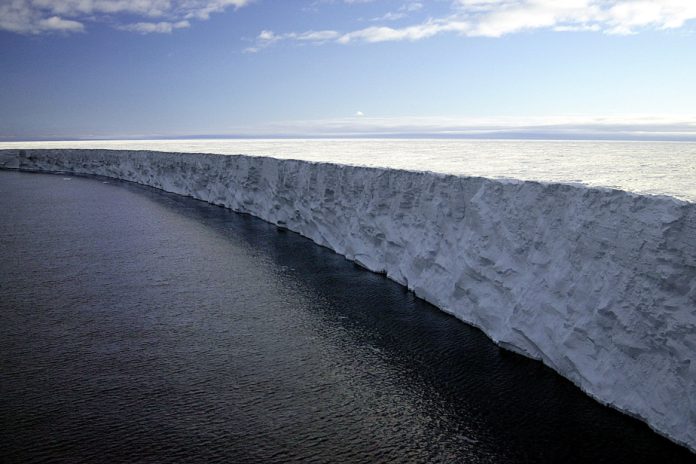 (Paris) A giant iceberg that broke off from Antarctica in 2017 released more than 150 billion tons of fresh water mixed with nutrients as it melted 4,000 km from its starting point, a “enormous” volume likely to markedly modify a fragile ecosystem, According to a study released Thursday.

Scientists say the formation of icebergs is a natural process, but that rising air and ocean temperatures are helping to speed it up.

In June 2017, this iceberg called A68 broke off from a massive ice shelf, called Larsen C, at the tip of the Antarctic Peninsula.

As big as half of Anticosti Island

At one trillion tons, and half the size of Anticosti Island, this giant was the largest of its kind ever, but has since been reduced to 6e place, notes the study published in the journal Remote Sensing of Environment.

He then stayed for two years in the cold waters of the Weddell Sea near his birthplace (dissociation) before traveling north towards warm seas, then starting to melt until his disappearance in the spring of 2021. In the South Atlantic, near the British island of South Georgia, 4,000 km away from the starting point.

In the fall of 2020, the iceberg came dangerously close to this island, raising fears that the mass of ice, the submerged part of which is still about 140 meters high, could get stuck to the sea floor, blocking the passage of thousands of penguins. The seals that inhabit the area.

The catastrophe was averted, but researchers who have gone through all the life stages of the glacier thanks to satellites are wondering about the effect of this melting of freshwater ice.

See also  Follow the official reveal on our live broadcast

In the three months of 2020-2021 that saw it completely melt near the island of South Georgia, the glacier released a total of 152 billion tons of freshwater mixed with nutrients into this fragile ecosystem. That equates to 61 million Olympic swimming pools or 20 times Loch Ness, notes in a press release from the British Antarctic Survey Research Center, which was involved in the study.

“This is a huge amount of water, and now we want to determine if it’s having a positive or negative impact on the ecosystem around southern Georgia,” said the study’s lead author, Anne Brackman-Folgman, Center for Polar Monitoring and Modeling.

The study highlights in particular that this volume of water, released into the sea where seals, birds and whales feed, could have affected the “water and plankton properties”.

It’s important to study this effect because the A68 “took a classic path,” notes Anne Brackman-Folgman. “We hope to learn more about icebergs taking the same path, and how they affect the polar oceans.”