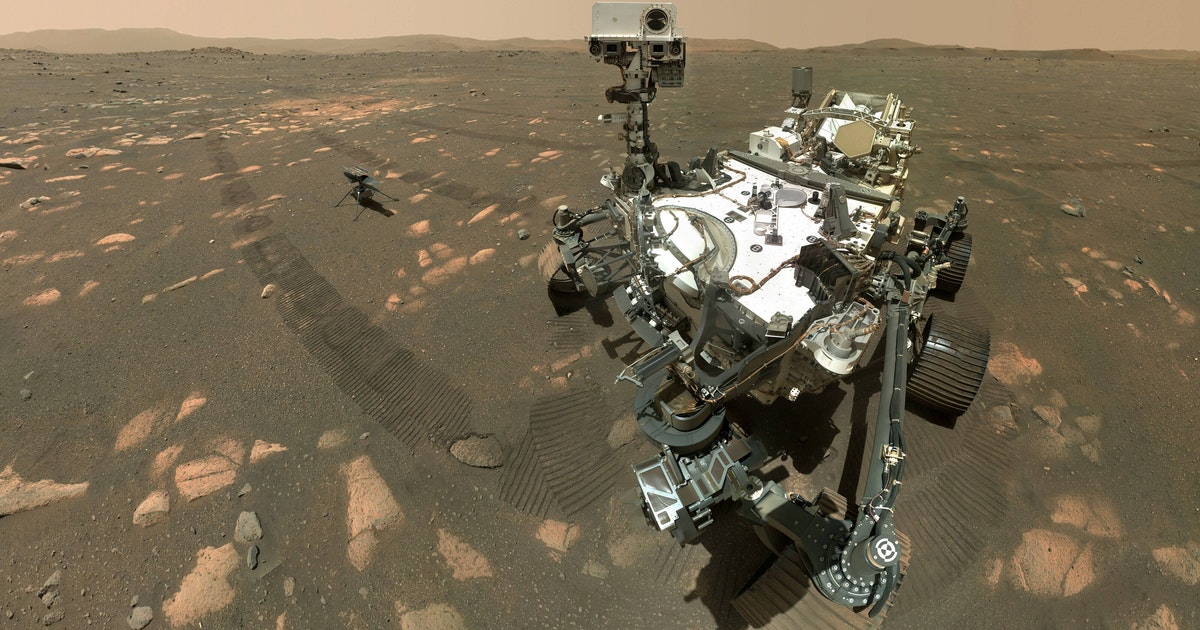 Washington – It is clear that taking a selfie in private places is not just a thing for people: On Mars, the “persistent” rover NASA took a photo of itself using the “creativity” miniature helicopter. And the US space agency NASA published the photo on Wednesday (local time) and wrote that “perseverance” took it with its robotic arm, but it is in fact composed of 62 individual images. In addition to the rover, you can see the small helicopter “Ibdaa”, which is about four meters from the vehicle and is scheduled to make its first flight on the Red Planet in the coming days.

The height of “creativity” is 1.8 kilograms (German: creativity) to a height of about three meters on its first test flight, flying there for thirty seconds and then landing again on the surface of Mars. It will be the first flight of a plane to another planet. Powered by lithium-ion batteries, the “creativity” could make several more flight attempts for about a month.

Mars helicopters must withstand temperatures of minus 90 degrees

The helicopter must challenge extreme conditions: on Mars it is cold to minus 90 degrees Celsius at night, the planet’s gravitational force is less and the atmosphere is much thinner. The tiny helicopter was placed in the belly of “perseverance” at the end of February – after 203 days of flight and 472 million kilometers traveled – with a risky maneuver in a dry Martian lake called Jezero Crater. ‘Perseverance’ is to examine this lake, which has a diameter of about 45 km, over the next two years.

iPhone 14 should get a hole in the screen