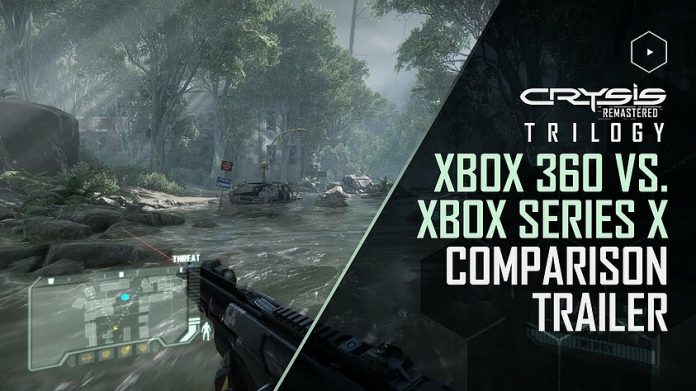 How ‘Crysis Remastered Trilogy’ looks on Xbox Series X, Crytek wants to prove it in a new video.

Crytek has released a video comparing the “Crysis Remastered Trilogy,” showing the graphical progression of the game on Xbox Series X compared to implementation on Xbox 360. “Crysis Remastered Trilogy” will be released in fall 2021 for PC, Xbox One, and Xbox Series X/S , PlayStation 4, PlayStation 5, and Nintendo Switch. The new version includes modified single-player versions of “Crysis”, “Crysis 2” and “Crysis 3”, which are implemented in collaboration with Saber Interactive.

It says, “The bundle will be available for PlayStation, Xbox, Nintendo Switch and PC, and the games will run smoothly especially on PS5 and Xbox Series X/S. Crysis Remastered is already available for all the platforms mentioned, the enhanced versions of Crysis 2 and Crysis 3 will also be available individually. The new version of the franchise aims to give those players who are not familiar with the history of Crysis the opportunity to re-experience the entire saga to travel from the islands of North Korea to New York, where they must save humanity from a deadly virus. Ultimately, they embark on a vengeful mission to discover the truth. FULL ABOUT CELL”.

A huge sunspot grows visually and points directly at the Earth