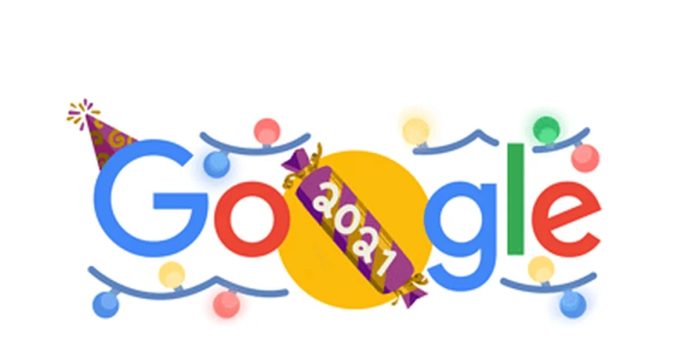 Google honors this year with one of its traditional images (Image: Google)

New Year It is often seen as an opportunity for change, to close cycles and welcome a next stage. Thus, going out with your suitcase to the street a lot; Hide under the table to find a partner; Placing the sheep with copious coins, among other rituals, is only a small part of the hope that resetting the calendar gives.

It’s because of that google browser, Over the years, it has represented with its doodles the last day of each annual cycle, as a way to accompany Internet users every time they open their search engine. For this year 2021, The letters that make up the company logo are decorated with a party hat, Lights and candy that announce the end of next year.

The little frog was introduced as ‘Froggy’ and was created to accompany the weather forecast (Image: Google)

To remind you of what is left little by little, the illustrations below are some of the most representative ones Google has ever created:

With fireworks in the sky representing student letters, a starry sky and a city in the distance, you can see a little frog communicate with frogs With a festive hat and a small trumpet to welcome the new year. Beside him, a little bird is also sharing this moment with him.

This doodle is not only made to celebrate New Year’s Eve, but to present the jumping character that has been categorized as a “weather frog”.

“Froggy is getting ready for New Year’s Eve celebrations in any weather. He says he’s very excited about it being a leap year. “2020 is sure to be fun!” As soon as the clock strikes midnight, the new decade begins! Time is definitely fun when you have flies… Are you ready to jump? Google reported.

The story of this doodle consists of some penguins meeting their loved ones on the holidays (Image: Google)

The leading role that year was taken by cute penguins who had previously appeared in that year’s Christmas doodles. Where they were preparing to go visit their friends: toucans and parrots for the holidays.

In this sense, in that New Year’s illustration, animals were seen celebrating with scarves, hats, and stickers. In addition to sharing a delicious dinner in a sunny location. However, the special thing about this doodle is that during the sequence of images, Friends group “paint with light” the word Google.

Neither Flappy Bird nor the ASL Ice Cube Challenge went unnoticed. Also in this period, the Mars Orbiter mission was recognized (Image: Google)

The 2014 animation is dedicated to making a summary of the most popular searches that year. So you can see the World Cup or the elephant robotic lander.

The thing that cannot go unnoticed is the game flapping bird Or the ASL Ice Cube Challenge. Also in this period the Mars Orbiter mission was recognized.

And so, year after year, although the events that befell the world may seem surprisingly different, some of them remain the same. in Mexico, for example, The tradition of eating 12 grapes at dawn and making wishes, or wearing yellow or red underwear to attract money To get love, are some of the elements that give emotion in this moment that mark the end and the beginning of something else.

See also  How much is Ghost of Tsushima DLC on PS5?