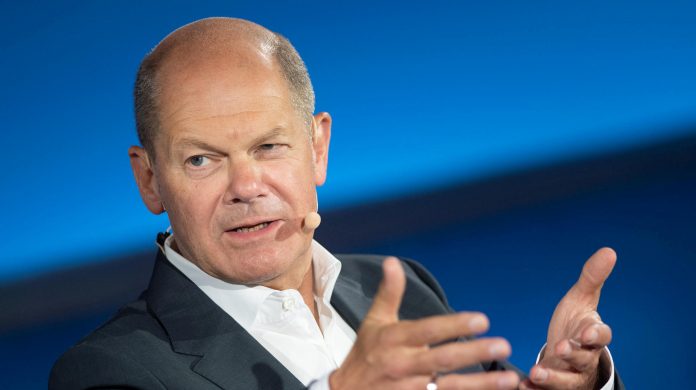 SPD presidential candidate Olaf Scholes is ahead of union candidate Armin Lacet (CDU). If the president is to be elected directly in Germany, 20 percent of those surveyed between July 23 and 26 by opinion poll firm Yukov will choose the current finance minister, Scholes. Fifteen percent will vote for NRW Prime Minister Lacet, while 13 percent will vote for the Green Party and presidential candidate Annalina Bairbach.

The positions of Lacette and Scholes are thus altered. A month ago, the union candidate was 21 percent and his rival was 16 percent from the Social Democrats. Fairbanks fell 2 percentage points. Lachet’s actions in the aftermath of the catastrophic floods in mid-July in northern Rhine-Westphalia are a possible illustration where he raises criticisms of the failed performance.

As for the parties, the union is ahead

The Chancellor was not directly elected in Germany. Instead, the parties will be on the ballot for the federal election on September 26, some of which will negotiate the formation of a coalition after the election. The ruling parties usually have a majority in the Bundestag. As a rule, the strongest party also provides the head of government.

“If the general election takes place next Sunday, which party will you vote for?” When answering the question. CDU / CSU reached 28 percent (minus two points compared to the previous month), while SPD (plus 1) and Greens (minus 3) were equal at 16 percent. AfD and FDP each improved by one point to 12 percent. The left will be eight percent (plus 1).

See also  "I can not tell the difference": iPhone 13 does not impress Apple co-founder Steve Wozniak

Election polls are generally always fraught with uncertainty. Among other things, declining party affiliations and increasingly short-term voting results make it very difficult for opinion research organizations to weigh the data collected. Yukov offers a statistical error tolerance of 2.1 percentage points (with a 30 percent ratio) and 1.0 points (with a 5 percent ratio). In principle, polls reflect opinion only during polls, not predictions of election results.

Michèle Laroque in Béziers: “So we dance, a film about finding...