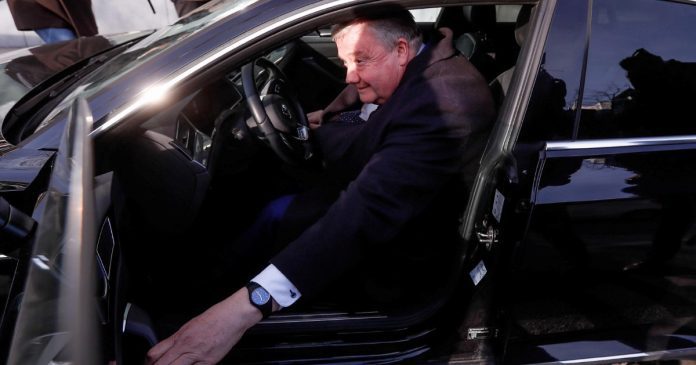 There is an agreement worth about 400 million dollars for Morocco Cash and over 35 billion in trade. Vote in the European Parliament against the background of the investigation that shakes Brussels. It’s January 16, 2019, and Strasbourg is divided. In some formations, before and during the vote in the hall, discussions flared up between supporters of the renewal of the agreement with Rabat and those who consider it, as defined by the two sentences of the Court of Justice of the European Union, to be a violation. The rights of the Saharawi people. The Legislative Council is coming to an end, in July we vote and many MEPs already know that their chances of being re-elected have diminished. In this context, the House of Representatives approved the new formula for the “Euro-Mediterranean Agreement” between the European Union and Morocco, by 444 votes in favor, 167 against, and 68 abstentions. Major understanding, than reconstructed did, to extract reports that led to the scandal of alleged bribes paid by Rabat to Brussels deputies. This represents a prefix The investigation conducted by the Belgian secret service.

Those January 2019 is not normal parliamentary working hours. In 007 Brussels discovered suspicious activities by some Moroccan intelligence agents operating in Belgium. Precisely in 2019, they claim, the MEP from the Democratic Party, Andrea Cozzolino, and the former Article 1 MEP, Antonio Panzieri, entered into an agreement with “Dged” and General Directorate of Studies and Documentation, the foreign intelligence center of the Maghreb state, to influence Eurochamber’s decisions in favor of Morocco. All this for money. The debate over the Euro-Mediterranean agreement, aiming for a trade liberalization process between the North African country and the European Union, has been going on since 2013: the Polisario Front, which leads the government-in-exile from Western Sahara. , disputed with Rabat at the time, challenged the agreement because goods produced in Western Sahara were also considered Moroccan. The Court of Justice of the European Union will prove it right in two cases, in 2015 and 2016, and also in 2021, more than two years after the EU Parliament voted in 2019.

See also  Two dead and 11 wounded, three of them seriously. 'Dozens escape from the palace'

actors Socialists in Europe were divided over the final decision: half of the party supports, in the name of developing trade cooperation between Morocco and the European Union, and the other half puts respect for human rights first. Panziri votes yes, as does Cozzolino, the arrest of Eva Kayli, former vice-president of the European Union Parliament, and Mark Tarabella (in the picture), the Belgian MEP whose aides’ offices were searched. A ruling similar to that taken against Belgian MEP Maria Arena, who abstained instead. Brando Benifi, who was mentioned in the investigative papers as one of the “friends” of the Italians accused of corruption and who indicated in recent days to the press that he had always had “difficult positions with Morocco on the Sahrawi issue”, however did not support the Polisario cause and simply abstained from voting. In light of the investigations conducted by the Belgian Federal Prosecutor’s Office, it is noted that the main parties in this case, which mixes corruption at a high level with battles between spy agencies, all voted in favor of approval. “It was clear to all of us, in the parliamentary work, that there were some colleagues who were very pro-Morocco and Panziri was certainly at the fore – he recalls did Ignazio Corau, MEP for the Green Party then in the M5S -. But it is here to think of the bags of cash we pass.”

However, this vote not only favored and abolished trade restrictions between the EU and Morocco, which in 2020 amounted to 35.3 billion, but also encouraged another flow of money from Brussels to Rabat that materialized less than a year later: the new cooperation. Programs of the European Union Commission for Morocco. Value: 389 million.