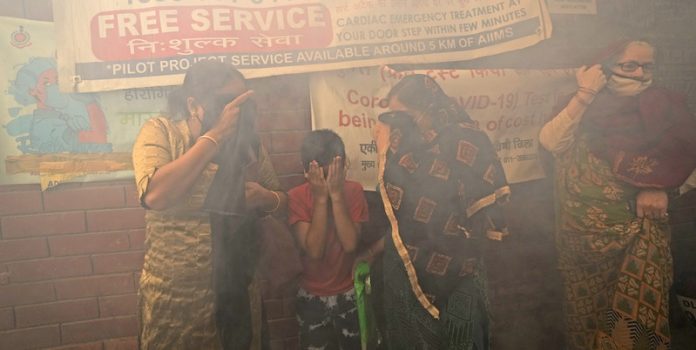 In the province of Delhi, where the Indian capital, New Delhi, is located, schools will remain closed Until a date to be determined Due to the high pollution levels affecting the city about two weeks ago: on Saturday it was already announced Some limitations, including closing all schools for a week, but the city’s Air Quality Management Committee had to take new measures on Tuesday.

Local authorities have decided that all construction must be suspended until at least November 21, except for projects related to transportation and national defense activities. A ban has been imposed on trucks entering the city, except for those carrying essential goods, and it has been recommended that at least 50 per cent of public employees and, if possible, those working in private businesses work from home. In addition, only 5 of the 11 coal-fired plants in the region will be able to remain open.

The decisions were made because of the alarming levels of fine particulate matter in the air, pollutants known as PM 2.5, or particles less than 2.5 micrometers in diameter that can penetrate the lungs and in some cases reach the bloodstream. Health risks to people.

Levels in some parts of the city on Tuesday exceeded a value of 400 deemed “hazardous” in one Scala which range from 0 to +500, and exceed the “acceptable” level of between 51 and 100. Last week, levels were found in some places about 500.

We are the worst polluted city. # Delhi pic.twitter.com/Z0uOvLwgoB

In addition to polluting emissions from transport, industries and fires in agricultural areas, the celebrations of Diwali, India’s major festival of lights, which took place last year, have also led to increased levels of pollution in the air. November: How does it happen practically every yearThe streets and houses of the cities are filled with lights and candles, firecrackers and many fireworks explode, producing a lot of smoke. In recent weeks, the situation has also been exacerbated by weather conditions, such as high humidity and weak winds, which do not help disperse the pollution.

But according to the local authorities, despite the restrictions he will not be there Big improvements before next Sunday.

Lavrov rules out peace talks with Zelensky – The World