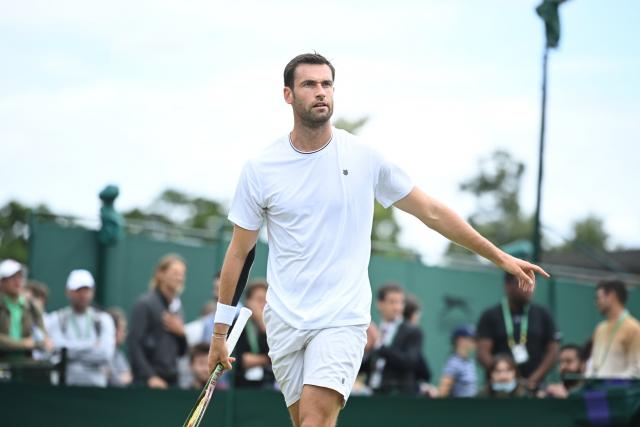 The Frenchman, who played his first big draw at Wimbledon and defeated Benoit in the previous round, has long relied on excellent quality service to maintain a balance with his opponent. With 73% of first serves and 87% of the points behind, he did not give up much on his face, but the only time he dropped it (the only time the balls were broken for Basilashville), it almost doubled. He was at the end of the third set, giving it up, allowing the Georgian player to regain control of the game for one of two sets.

Otherwise Basilashvili – who lost 6-0 in this second set with 19 minutes to go, in which he ended up not being forced to make mistakes and fighting in the last moments – had to wait for the decisive match to make a difference. First, competing furiously, he even saved a set point, but he finished with the last word of his second chance. Second, he dominated without shaking to finish the match, sending it to the third round. This is the second time in his career that he has played at Wimbledon since his first participation in 2015.