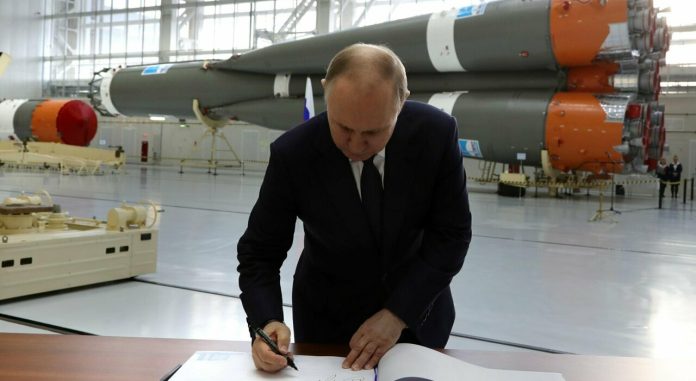 flies threatening him United State. In addition to tensions over the possible entry of Finland and Sweden into NATO, Biden’s announcement on arms supplies to Ukraine provoked a new reaction by Kremlin. In a diplomatic note sent to the United States this week Russia He warned that US and NATO supplies of weapons systems are “more sensitive” toUkraine “Fueling” the conflict and that there may be “unforeseen consequences”. The Washington Post, which examined a copy of the two-page document dated Tuesday, wrote. Meanwhile, Joe Biden has given the green light to send $800 million in new weapons.

Moscow threatens the United States with the document

The document – “On Russia’s concerns in the context of massive supplies of weapons and military equipment to the Kyiv regime” – is written in Russian, with translation, and was forwarded to the Ministry of Foreign Affairs by the Russian Embassy in Washington, which did not respond. Comment requests. The State Department declined to comment on the contents of the diplomatic note, which called on “the United States and its allies to stop the irresponsible militarization of Ukraine, which has unpredictable consequences for regional and international security.”

Among what Russia considers “more sensitive” are “multiple missile launchers” although – as the newspaper stresses – the United States and NATO allies are not believed to have secured these supplies to Kyiv. Russia denounces the violation of “strict principles” on arms transfers in conflict areas and accuses NATO of trying to pressure Ukrainians to “abandon” negotiations with Moscow “to continue the bloodshed”. A succinct comment from a high-ranking administrative official covered by anonymity: “What the Russians are telling us in private is exactly what we have told the world publicly: the sheer amount of help we have given Ukrainian partners is proving extraordinarily effective.”

See also  Russia announces the withdrawal of its tanks and launchers from Crimea. US: 'It's a hoax'

Pope: There is only one Church, God is asking us to...