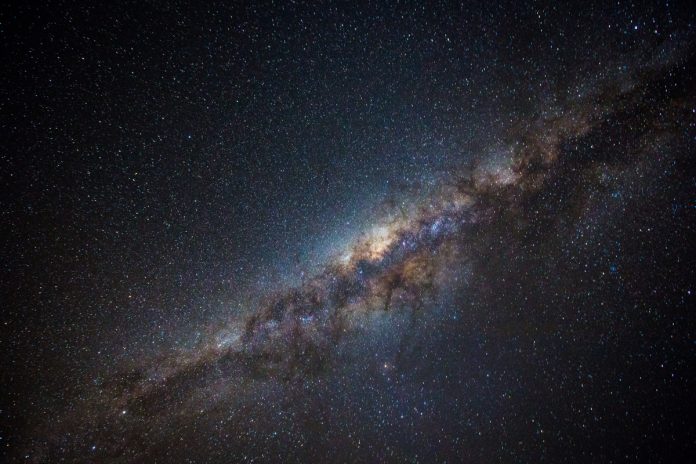 In 1181 stargazers documented a new point of light that shines like Saturn and disappears after six months. Researchers are now linking it to an unexplained supernova.

Thanks to Chinese and Japanese sky watchers, the research was able to track the fifth known, but as yet unexplained, supernova in our galaxy, the Milky Way. They meticulously wrote that they could see a light source in the sky between August 6, 1182 and February 6, 1182.

The point of light seen for 185 days is said to correspond to the luminous intensity of Saturn. As noted by early astronomers his position. The star is said to have stood between the Chinese planets Chuanshe and Huagai near today’s Cassiopeia.

This scattered information was enough for a multinational research team with scientists from Hong Kong, Great Britain, Spain, Hungary and France to link two other celestial phenomena. For one thing, they looked at a nebula called Pa30. This planetary nebula is a supernova remnant, as in most cases after the decay of a star that turned into a white dwarf.

False-color images of Parker’s star and the Pa30 nebula are now believed by scientists to be linked to reports of a supernova dating back to 1181. (Image: University of Hong Kong)

Pa30 and Parker-Stern seem to explain the historical observation

Pa30’s clouds are moving so fast that a mist of dust and gas would only need five minutes to travel from Earth to the Moon. From a backcounting based on this speed, the researchers determined that the nebula would match a supernova that occurred around the year 1181, and thus was listed as SN1181.

After further study, they came to the conclusion that the Parker star, one of the hottest stars in the Milky Way, is also a possible counterpart to a supernova. According to this theory, the nebula and the star are the result of the collision and subsequent merger of two so-called white dwarfs.

Dying stars are known as white dwarfs because they turned into their bare, glowing core near the end of their existence. Because before the star becomes a white dwarf, it supplies itself with energy by fusing hydrogen to form the somewhat heavier element helium. Once there is no more hydrogen, it fuses helium into heavier elements. During this secondary merger, the outer layers of star matter are released. Then this appears as a planetary nebula.

The fifth known supernova has been eliminated

The team found that Pa30 must have originated from a rare and relatively faint type of supernova known as a Type Iax supernova. Only about 10 percent of all supernovae are of this type, which have yet to be largely explored, Director of Research Albert Zilstra, an astrophysicist at the University of Manchester in Great Britain, explained in a statement about the new research findings. SN1181 corresponds well to this type and presents a research as “the only type Iax supernova, in which detailed investigations of star and nebula remnants can be performed”.

With this, his team was able to solve not only an astronomical mystery but also a historical one, says Zijlstra happily. The study was published Wednesday in the journal Astrophysical Journal Letters chest.

If you are using Chrome on your PC, install the Google...