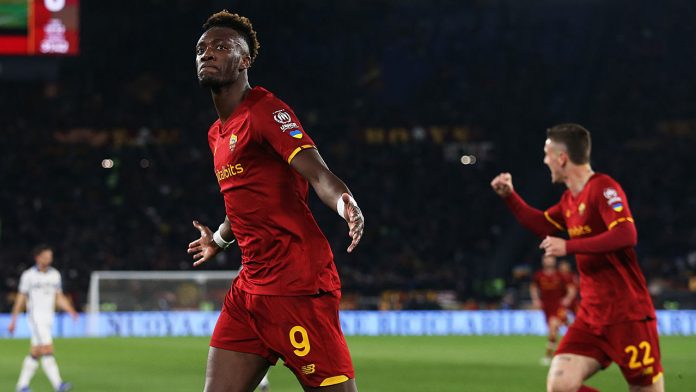 Roma scored a difficult 1-0 home victory over Atalanta Bergamo in the 28th round of the Italian Serie A football league.

In a direct duel between the two neighbors, the Romans advanced to fifth place with the three and are now ahead of the sixth place from Bergamo with the same points. The Romans could have taken a lead after only three minutes at the Olympic Stadium, but Mancini’s header was saved by goalkeeper Musso with a powerful blow.

An open exchange of blows develops, because Atalanta is in no way hiding. Miranchuk falls to the ground in the penalty area, but there is no penalty kick (17). Demiral’s shot was saved at the last minute (23′).

But then the bell rang for the first time: Zaniolo used Tami Abraham, who beat the goalkeeper with a low shot to make it 1-0 (32). As for the summer signing from Chelsea, he is already the 13th goal of the season in Serie A and the 20th goal in a competitive match in 36 matches.

In the second half, Zaniolo’s goal was canceled due to offside (50). In the 52nd minute, Rui Patricio managed to tame an attempt by Bergamo Friuler. Things got a bit worse again in injury time, but Rui Patricio was able to dodge Demiral’s header (91′). Atalanta’s Martin de Ron then gets sent off for yellow and red – seeing two yellow cards within a few seconds for wrong-footed and later criticism (ranked 94). On the other hand, Mkhitaryan was sent off with a yellow card in the 96th minute because he played the ball with his hand and thus prevented the opponent from continuing to play. Jose Mourinho’s side have finally saved the lead over time.