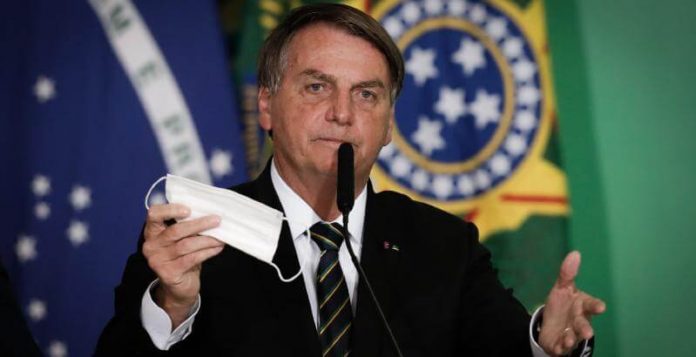 Among the most disturbing data that has emerged about managing the outbreak so far is the fact that the government did not respond to 53 of the 81 emails it received from biotech company Pfizer about the proposed purchase of a coronavirus vaccine, something it has largely done. Slow down the supply and administration of vaccines in the country.

Randolph Rodriguez, an opposition senator and deputy chair of the investigation committee, described the consequences of this behavior as “tragic and painful”: so far, only 26 percent of Brazilians have received the first dose of the coronavirus vaccine and and respect The majority of the population over 60 years of age will not receive both doses before September. When Bolsonaro was once asked why the government was withholding the supply of the Pfizer vaccine, he joked that the vaccines had turned people into alligators.

“We had the time, we had the tools – an enviable basic healthcare system – and yet we continued to insist on the wrong path,” infectious disease specialist Luana Araujo, who attended the hearings in Brasilia, told the committee. According to Araujo, the government “chose to ignore the experience of the rest of the world” and continued to manage the epidemic “with a mixture of arrogance and ignorance” that proved to be “really very dangerous”.

Allegations of pandemic mismanagement that emerged in the first weeks of the investigation have done much to damage the president’s reputation, but it is still too early to understand whether Bolsonaro will actually appear weak.

The investigation is expected to end in August but may continue until October. Ultimately, the commission will propose a series of indicators and recommended actions, including a possible request to indict or impeach Bolsonaro, which could prevent him from running again in next year’s presidential election.

According to some analysts, the damage to Bolsonaro’s reputation caused by the investigation may reopen the way for the return to politics of Luis Inacio Lula da Silva, the leader of Brazil’s main left-wing party (PT), and longtime leader of the party. Brazil from 2003 to 2011, as well as a major critic of Bolsonaro’s work. According to others, Bolsonaro can still come out relatively well.

Matthias Spector, Professor of International Relations at Fundação Getúlio Vargas in Rio de Janeiro, Al . said financial times That despite the broad consensus that the government has handled the pandemic poorly, Bolsonaro still has 20-30 percent approval among voters. In addition, even if some politicians have tried to exploit the investigation to come out, none of the president’s allies at the moment have decided to leave the government, so it does not appear that a major crisis has begun yet.

“Even 70% less…”. The truth about the Omicron variable

The wheat crisis and the upcoming talks between Turkey and Russia:...