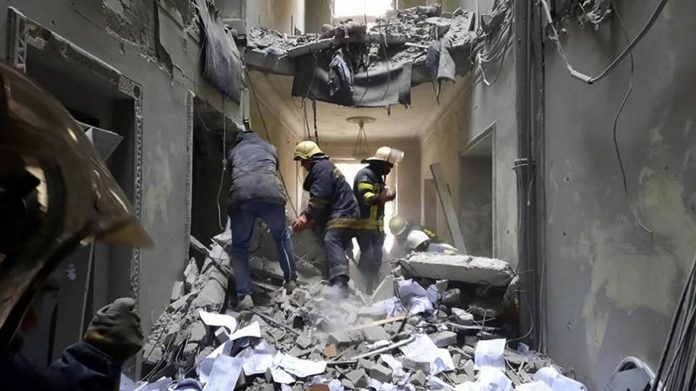 According to the director of the CIA, William Burns, between two thousand and four thousand Russian soldiers have been killed since the beginning of the conflict in Russia.

The next few weeks in Ukraine will be “bad weeks”: said William Burns, Director of the Central Intelligence Agency (CIA) during a session in the House of Representatives held today, Tuesday, March 8. For the director there will still be a “rare” consideration of civilian casualties.” Burns also said that Putin’s motives are entirely personal and that he is driven by “anger and frustration.” Not only that. According to the CIA director, Russia’s president may not intend to end the conflict in Ukraine .

Burns also revealed the numbers of dead soldiers. Estimates will be between two thousand and four thousand soldiers. However, these numbers contrast with those revealed by Ukrainian forces in the past few hours and those provided by Russia. In fact, news comes from Ukraine that the number of dead Russian soldiers is at least 11 thousand, while according to Russia, 498 Russian soldiers lost their lives. Russia, which continues to talk about the conflict as a military liberation mission, says there are few serving soldiers. According to the Ukrainian authorities, on the other hand, the Russians are conducting an operation aimed at concealing the true number of soldiers involved at the front and subsequent deaths.

Accusations of burning the bodies of the dead

As for Russia, this will not be the first time that, already in 2015, you think, A similar practice has already been adopted: At the time he had also listed military dead in state secrets. According to the President of Ukraine Volodymyr Zelensky, Putin will cremate the bodies of the dead. A statement, however, is not currently confirmed. According to the International Red Cross, the Russians will not specifically recover the bodies of soldiers so that they do not have to count the losses and hide what is happening to the Russian population.

See also  Trump: 'The attack on Capitol Hill is the largest movement in the history of the United States' - Politics

“How to leave Russia”, an increase in Internet searches awaiting Putin’s...