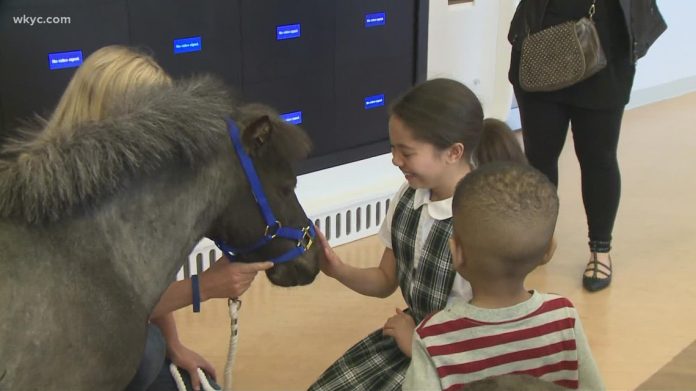 Willie Nelson is a therapy horse who has visited patients at Akron Children’s Hospital and has done so every week for the past three years.

“We were passing by the local hospital and kind of visiting the kids and just walking around,” his trainer on Victory Gallop’s Therapeutic Equestrian Program told Clarkson on the Wednesday show, which airs on WKYC 3 at 11 a.m.

But then things change when her husband, who happens to be an equine vet, is on a call with a client who needs to bring his miniature horse home.

When the horse arrived, their new plan appeared.

“He and I were, ‘Wouldn’t that be the best if we could train the horse and have him certified to go straight to the hospital? “

This is the second time since last month that The Clarkson Show has featured a story linked to Akron Children’s Hospital. Back in December, the show highlighted the work of pediatric surgeon Dr. Bob Barry to share how he helped ease the fears of children undergoing surgery by drawing colorful characters on their bandages.

Elon Musk suggests that a parasite in the brain makes us...