Persia Digest
Home World “Those invitations to the World Cup and salt in Brussels. So... 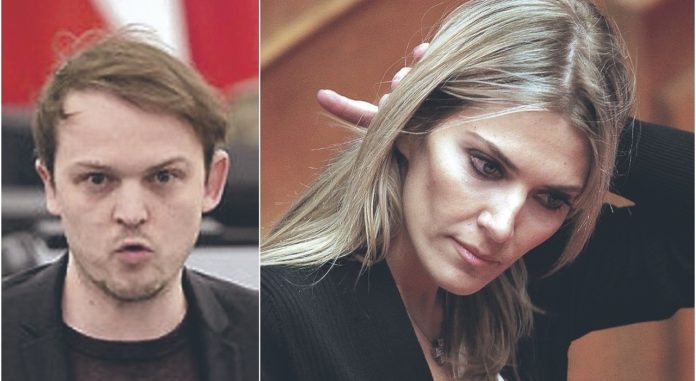 “In the face of this scandal, an attack on EU democracy, we must stop agreeing to visa liberalization with Qatar.” Eric Marquardt, MEP for the Greens, is the rapporteur of the clause aimed at streamlining visa procedures with the Gulf state, which is being scrutinized by the plenary – which could now stop it – after the first traffic light received from the civil liberties and internal business commission in December 1 last year. According to voting records, although she was not a member of the committee, the vice-president of Eurochamber, Greek Eva Kyliewho was arrested by the Belgian judiciary for his alleged involvement in a case of bribery from Qatar.

Antonio Panzeri, family vacation worth 100,000 euros. Wife and daughter under house arrest: “We are ignorant of everything”

What is the first reaction?

“I was shocked. We cannot be surprised at cases of corruption when we talk about Qatar, but no one really expects to have to deal with a country that says, on the one hand, it wants to build a strong partnership with the European Union, and on the other hand one seeks to corrupt institutions and to attack our democracy .

«There was some indiscretion about the obscurity of some of the deputies, but nothing more. Eva Kylie contacted me several times asking for information on the progress of the visa facilitation file. It is normal for this to happen sometimes, I think he did in his role as Deputy Speaker of Parliament, but after recent developments it seems clear that there is a definite interest. With regard to three other countries in addition to Qatar (Kuwait, Oman and Ecuador), she expressed concern about possible delays in the procedure and encouraged people to hurry up and avoid special circumstances for Doha ».

How were the relations with the Qatari representatives in Brussels?

“Only official meetings related to the file with the ambassador and the Minister of Labor, who briefed me on the progress in the field of migrant workers’ rights. I was invited to Qatar (as I imagine many other public figures) for the World Cup, but politely declined the offer, and did not take part in the buffets organized at the embassy. I do not think it is appropriate behavior for a speaker of a country-related ruling specifically. I have no evidence, but I have no reason to exclude that once contacts are established within this framework, the Qataris can continue to exert other types of pressure.

How can parliament act concretely now?

“Certainly not by granting the 90-day visa waiver to a country that may have tried to influence our democratic decisions through an influx of bribes. We cannot vote on this file as if nothing had happened, but we are waiting for the investigations to shed light on any attempts to influence the content of the list. Then there are more structural answers to be given.”

what does it mean?

We need to make the system more transparent. While it is necessary for us members of the European Parliament to announce the names of the lobbyists with whom we meet, this does not apply when we speak to diplomats or ministers from third countries. We also need to assess whether it is appropriate for us, as the European Parliament, to open a commission of inquiry to clarify the matter and intervene.”

“I don’t have an overview. But certainly, in addition to visa liberalization, since Doha is a big producer of fossil energy sources, I can say those associated with the Green Deal, which is the EU’s extreme plan to reduce polluting emissions. However, in general – and I’m thinking, For example, in non-binding parliament decisions – Qatar wants to be well spoken of, seen as a trusted partner that respects human rights.”