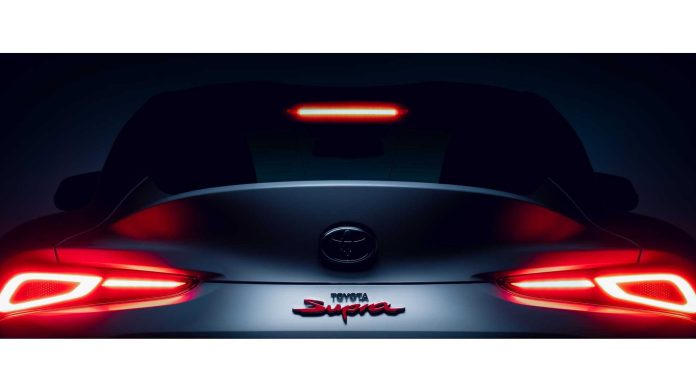 Toyota confirms the rumors with a teaser that shows a third pedal on the floor of the Supra, which subsequently switches to the manual gearbox. A new look that takes us back to the great era of the Japanese coupe.

That fans of the Land of the Rising Sun are assured, Toyota has not forgotten about them. Who hasn’t dreamed of an “old-fashioned” Japanese car, six-cylinder in-line, manual gearbox in the middle and rear-wheel drive? Aside from the Mazda MX-5, which is just four cylinders, there hasn’t been much to eat since…always or almost! But the situation will change. Particularly pressing rumors in recent months about the arrival of a new Supra have been confirmed by Toyota’s American and European subsidiaries, which are announcing a third floor pedal for the Supra. You do not dream: Supra manual transmission is in the program.

The fact that Toyota Europe is already sharing photos of the Supra hand-made gives hope that the car will be sold on the Old Continent. So, there is a good point, despite the XXL penalty in France: the Supra will indeed be the last of its kind, sinceThere is no longer a six-cylinder petrol and manual gearbox model apart from the powerful variants of the BMW M2, M3 and M4 coming in 2022. Which obviously will not develop in higher tariff areas likely.

So the Supra should be a collector’s item, especially since it can qualify for so many specific features compared to an automatic gearbox. Toyota already reveals a shot of the stern wearing a red “Supra”, as opposed to the current Supra with gray/black lettering.