Persia Digest
Home Tech Venus will never have oceans, because ‘its atmosphere has not cooled enough’ 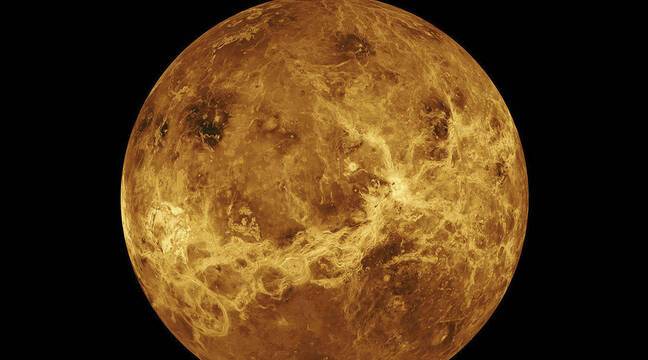 Particularly hostile with temperatures as high as 450 degrees Celsius, could Venus benefit from a milder atmosphere when it was created? Did he ever protect the oceans? If a US study assumes that yes, that now contrasts with work that will be published Thursday in temper nature, After a study conducted by the University of Geneva and involving scientists from the CNRS, the University of Versailles Saint Quentin 1 (UVSQ) and
astrophysics lab from Bordeaux.

Venus has never had oceans, that’s the result of a study published today in Nature involving Jeremy Leconte of LAB. This work also shows that the Earth owes its goodness to the initial low brightness of the Sun. https://t.co/Gosj7Eb7ii pic.twitter.com/pW5hJ6bFpu

Using the latest generation of climate models, the research team developed a different scenario from the US study, the first results of which were presented in 2016. 20 minutes asked Purdue astrophysicist Jeremy Lecomte, a CNRS researcher, who was involved in the study.

How did you come to the conclusion that Venus never protected an ocean, which contradicts the American study?

We’re not really against it, but its initial assumption does. She simulated the existence of oceans on Venus, with the aim of determining whether these oceans could be preserved over time, and concluded that they were. We wanted to know if it was possible that these oceans simply formed or not.

And what allows you to reach this conclusion?

For this we developed a climate model, which has already served us in the past to work on other studies, which allowed us to recreate the initial climatic conditions of Venus, 4.5 billion years ago. The planet that forms is the meeting of rocks and asteroids falling on each other, which first forms a protoplanet, largely composed of molten lava. A fairly thick atmosphere covers this molten lava, playing a rather strong greenhouse effect. The question was whether this atmosphere was able to cool enough to generate rain and form oceans? And that’s not. Our climate model showed that water clouds did indeed form, but almost exclusively on the night side of Venus. Suddenly, these clouds did not allow to reflect sunlight to cool the planet, on the contrary, they had a significant greenhouse effect and played the role of a heat shield that prevented the atmosphere from cooling.

What explains why rain on Earth formed the oceans and not on Venus?

Since the Earth is farther from the sun, it received less energy and was able to cool itself.

Did the climate model you developed teach you anything about Earth, too?

Yes really. The Sun was 30% less bright at the beginning of Earth’s life than it is today. We’ve seen this as a problem for a long time, because we had to explain why the Earth wasn’t frozen, but it really was an Earth-saving opportunity. If the Earth had received the heat stroke it receives today, it would have been like Venus, that is, it could not cool down, nor could it be the oceans. This is also completely new.

You had already worked a few years ago with the same climate model, on the issue of ocean evaporation?

Yes, in 2013 we published a study to find out when the oceans on Earth would evaporate. At the end of its life, the Sun will be 30% brighter than it is today and the Earth’s oceans will evaporate, within a billion years, when the temperature on the Earth’s surface reaches about 1000°C…

Let’s go back to Venus. What is the space flight program to Venus, and should your studies confirm?

Three space missions – two US and one from the European Space Agency – have been selected on Venus and should be launched in late 2020, early 2030. Measurements of the isotopic composition of the atmosphere should be made, to see if and when some water has evaporated from the atmosphere into space . There will also be analyzes by radar data of the composition of the surface of Venus, to see if this planet is more basaltic or rocky like what we have on our continents, the latter type of rock requires the presence of liquid water for a very long time …