Persia Digest
Home Tech What will be the automated observatory that will study the exoplanets in... 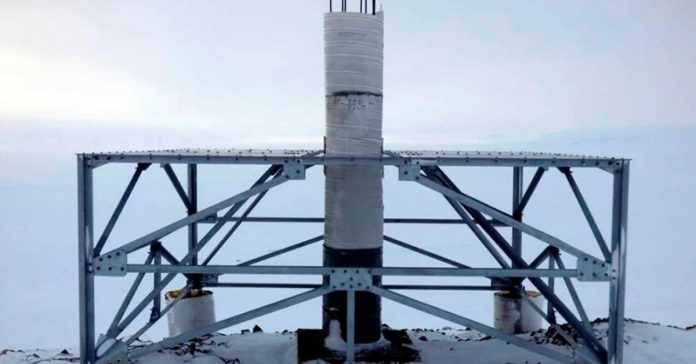 The project is led by CONICET scientist Mario Melita, whose research focuses on planetary astrophysics and technological development in Antarctic astronomy.

The Institute of Astronomy and Space Physics (IAFE, CONICET-UBA), the Argentine Antarctic Institute (IAA) and the National University of Hurlingham (Unahur) They are working to establish an “Argentine Antarctic Robotic Observatory” at Belgrano 2 Base in Antarctica, the southernmost scientific observation site in Argentina.

The project is led by CONICET scientist Mario Melita, whose research focuses on planetary astrophysics and technological development in Antarctic astronomy.

“One of the main motivations for this project is to explore a research niche in which Argentina, due to its geographical location and history of exploration of Antarctica, has an undeniable comparative advantage.”Melita noted.

The place where the observatory will be located is ideal due to its climate system: little wind, low temperatures that help reduce the “noise” of the detectors and the possibility of spending six months for daytime measurements, and the remaining six months of the year to perform them at night.

This telescope will be housed in a building with a rotating dome built of polyethylene fibers and sitting on a raised galvanized iron base.

The observatory will contain a robotic Ritchtey-Chretien telescope, suitable for operation in the harsh climatic conditions of the place, which will allow the discovery of exoplanets and other celestial bodies that are difficult to reach from other latitudes. said the telescope It will be housed in a building with a rotating dome constructed of polyethylene fibers and raised on a raised galvanized iron plinth. Although he will be in Antarctica, on schedule 17 degrees from AntarcticaYou will work remotely from Buenos Aires.

“The infrastructure that will house the telescope has already been built, including the galvanized iron base,” Melita said.

The mechanization and automation of its movements will be carried out in cooperation with the National University of Hurlingham. The galvanized iron base on which the dome will be erected has already been installed near the Belgrano 2 base during the 2019-2020 summer Antarctic expedition. The building is being moved for the 2021-2022 summer Antarctic campaign. Once installed, the dome will be tested for at least one winter before the telescope and its instruments are installed from the upcoming summer 2022-2023 campaign.

After its installation, the dome will be tested for at least one winter before the telescope and its instruments are installed from the upcoming summer 2022-2023 ″ NASA campaign.

In the relentless search for life in the vast universe, Astronomers tend to focus on those planets that share similar properties to Earth, whether they are in mass, size, temperature, and atmosphere composition. But a group of scientists at the University of Cambridge believe there are more promising possibilities than these properties could significantly accelerate this research.

These researchers It identified a new class of habitable planets called “Hycean” planets, which are covered by oceans with hydrogen-rich atmospheres, which are more numerous and observable than Earth-like planets.

Results of the first search published in Astrophysical Journal, could mean that finding the vital fingerprints of life outside our solar system in the next few years is a real possibility.

“Hycean planets open up a whole new avenue in our search for life elsewhere,” Dr Niko Madhusudan of the Cambridge Institute of Astronomy, who led the research, said:

Science. The first magnetic field signature ever identified on an exoplanet
Discover a new class of exoplanets larger than Earth that could accelerate the discovery of life in the universe