Persia Digest
Home Economy Will there be a recession in the US? – Finance 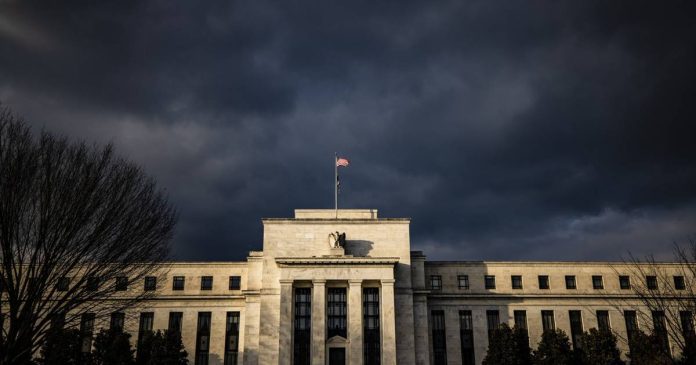 One of the central debates among economists, analysts and those who follow the markets these days is whether the US economy is about to enter a recession. The question arose because, as that country’s former Treasury Secretary Larry Summers noted, every time inflation exceeds 4.0 percent and unemployment is below the same level — indicating that the economy is overheating — the Federal Reserve raised interest rates, causing In a recession (i.e. at least two consecutive quarters with negative growth).

Recessions occur because the Fed’s short-term interest rates set the level of all rates in the economy: a Fed rate hike indicates higher rates of credit to businesses, mortgage loans, consumer loans, and so on.

In fact, at the end of last year, before the Fed started its own cycle of increases, in the US you could get a 30-year mortgage at an average flat rate of 2.6 percent; Today the equivalent rate is more than doubled (5.9 percent). This will, of course, slow down the demand for new homes, which will reduce the pace of construction, reduce employment in this sector and consumption. People will buy fewer durable goods because the credit to buy them becomes more expensive, while companies will take on less debt and invest less. In addition, higher rates led to lower stock prices. People see their wealth diminished, which also leads them to reduce their consumption; This is called the wealth effect. All this will slow down aggregate demand.

A major US recession occurred in the early 1980s when then-Fed Chairman Paul Volcker pushed interest rates close to 20 per cent to combat the high inflation of the past two decades (in 1979 inflation exceeded 13 per cent). A federal rate increase meant a recession in 1980, which cost President Jimmy Carter re-election, and worsened in 1981 and 1982, when unemployment topped 10 percent. This deep recession was the cost that had to be paid to increase the Fed’s credibility with the population and markets and ultimately conquer inflation.

See also  “Is this the feeling of going down in history?” - launch

In 1994, faced with inflationary threats, then-Fed Chairman Alan Greenspan raised interest rates in advance and managed to contain inflation without causing a recession – in an economy that was beginning to show signs of heating. There are those who draw parallels with that episode to assert that a soft landing like this can still be achieved. It seems to me no better in comparison, because Greenspan’s precautionary measure prevented inflation from exceeding 4.0 per cent and unemployment below that level.

Today’s inflation rate is 8.6 percent and the unemployment rate is 3.6 percent, which means that the cycle of increases should be more pronounced than that observed in the mid-1990s (so far).

The US economy is likely to experience a recession sometime next year. However, the recession should be short and not too deep thanks to three factors that will mitigate the impact of a rate hike. The first is a very high level of savings by families that accumulated during the pandemic which equates to about 10 percent of that country’s GDP. The second is that households have relatively low levels of financial debt and that the percentage of income they dedicate to servicing their loans is low from a historical perspective. The third is that the banking system is well capitalized.

The longest recessions are usually the ones where a banking crisis also occurs. Thus, a recession in the US is the most likely scenario and that would mean slower growth in Mexico.