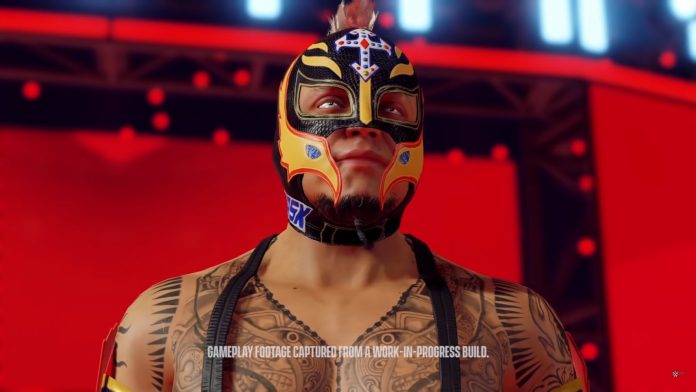 The next entry in the WWE 2K series will be WWE 2K22. There hasn’t been an entry in the series since WWE 2K20 of 2019, which was hugely hated by fans and critics alike for being nearly unplayable due to a slew of bugs and glitches. After experiencing delays, WWE 2K22 will launch in March. New information was supposed to be revealed by 2K this week, but it appears it was leaked early on.

During the press weekend Nils Arinsmeyer revealed the details In the next WWE match. He will appear on the cover of the game, Rey Mysterio. The game’s marketing features Mysterio heavily, so this leak came as no surprise. There will also be an alternate wrap featuring Mysterio for the Deluxe Edition of the game, which will include WWE 2K22, the Season Pass, and the Undertaker Immortal Pack.

The Undertaker Immortal Pack contains multiple versions of The Undertaker to play with other Undertaker related items. This will be a bonus for pre-ordering. It is also possible to access it by purchasing the Deluxe Edition or the unannounced nWo 4-Life Edition. Niels then revealed that the game will have 3-day early access to the game starting March 8 for those who pre-ordered the game.

According to the official WWE2K Twitter accountThere will be an announcement about the game, so it’s safe to assume that at least one of these leaks will be a part of that announcement.

Microsoft: More freedom for games installed via the Xbox app