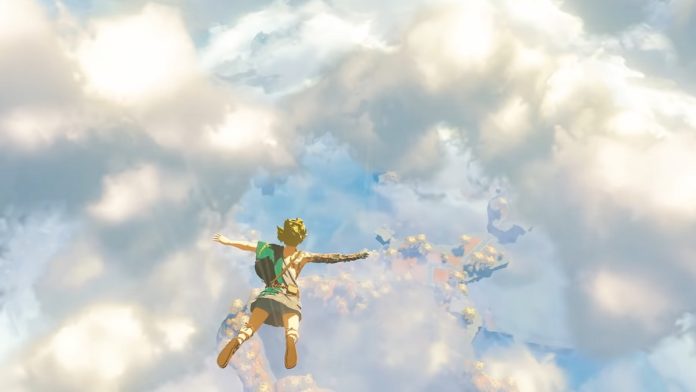 It’s been relatively quiet around Zelda: Breath of the Wild 2 lately, but now there’s news. Three new patents from Nintendo appeared in WIPO (World Intellectual Property Organization). These patents appear to describe the game mechanics that will appear in the Breath of the Wild sequel. These patents remind us of the game mechanics that can be seen in the E3 trailer.

This will be the patent with the number “US20210370179”. Describes a character who shoots an arrow at an object as it moves through the air. Relatively at the start of the E3 trailer, you can see the link fly through the air. So it is entirely possible for Link to perform an action as described in the patent in a free fall.

second innocence “US20210370175” Describes a mechanic performed by Link in the trailer. We are talking about an action that enables the player to break through solid objects placed on top of him. This action can be seen approximately in the middle of the stimulated sentence.

Latest patent “US20210370178” Describes the ability to influence the parameters of objects associated with movement in the game in order to return these objects to their previously recorded positions. In other words, the player can turn back the time of the thing. This mechanic also appears in the game’s E3 trailer. In the opposite scene, Link lets the spiky ball fly backwards to take down some enemies.

Here you can watch the teaser for the game again:

See also  there will be? Or is it just the fans' hopes?

You can find more news, information and videos about Zelda here.

We think so:
The innovations certainly look interesting. We are already interested in whether the second part can beat the previous one.