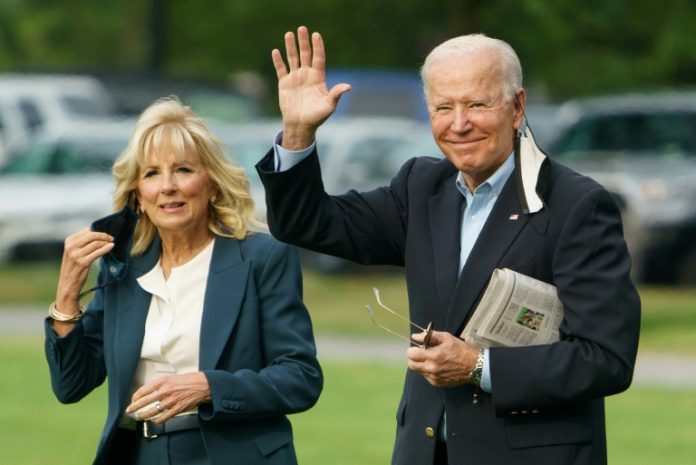 American billionaires like Jeff Bezos or Elon Musk who don’t legally pay taxes: These revelations could give a boost to President Joe Biden, who wants the rich to pay their “fair share,” putting pressure on Congress to embrace his reform.

“Anyone with knowledgeable accountants is able to reduce and sometimes reduce the taxes payable to zero,” Maya McGuinness, chair of the Committee on Responsible Federal Budget, an independent organization, told AFP on Wednesday.

The controversy returned to center stage on Tuesday, when investigative media ProPublica revealed that several billionaires, including Amazon chief Jeff Bezos and Tesla chief Elon Musk, two of the world’s three richest men, paid little or no taxes on their total wealth. Which was made up largely of shares in their businesses, not just their income.

Tax credits for dependent children, reductions associated with loans or investments greater than income… Maya McGuinness tracks US tax law “like a gruyère, full of loopholes,” specifying that these cuts represent nearly $2,000 billion each year.

And “the more money you earn (…), the more items you can find in the tax code to take advantage of. Again, there’s nothing illegal in doing that,” she stresses — stressing the importance of simplifying the system.

These discoveries may spur part of public opinion into the camp of Joe Biden, who intends to raise taxes on the richest businesses and families.

“It’s time for corporate America and the richest 1% of Americans to pay their fair share,” he repeated at the end of April.

Thus, the reform proposed by the White House plans to increase income taxes to over $400,000 a year and impose 15% real taxes on the profits of large corporations.

Many of the figures mentioned in the ProPublica report are precisely those who run the most profitable companies on the planet.

“Billionaires like Jeff Bezos, Elon Musk and Warren Buffett pay a small portion of their fortune in taxes compared to working families. It’s not fair,” Democratic Senator Elizabeth Warren, a supporter of the campaign, said in a tweet on Twitter. The tax that has long denounced tax improvement

As for the Republican opposition, it is still opposed to any increase. This would amount to a partial unwinding of the tax cuts that Donald Trump implemented in 2017.

“We know there is more that needs to be done to ensure that companies, individuals with higher incomes, pay their fair share,” White House spokeswoman Jen Psaki said Tuesday.

And so Joe Biden’s plan states that for the 1% of families with the highest incomes, the tax rate rises to 39.6% instead of 37%.

As for capital gains and stock exchange transactions, which so far have enjoyed a 20% tax, they can now be taxed at 39.6% as well, for those earning more than $1 million a year, or 0.3% of tax households, according to the Biden administration.

And beware of those who forget to disclose all their income to the IRS, as the resources allocated to this administration will increase.

Five former Treasury secretaries, Democrats and Republicans, posted a joint forum on Wednesday in support of this latest initiative.

Timothy Geithner, Jacob Law, Henry Paulson, Robert Rubin, and Lawrence Summers write in this New York Times article: “We believe in strengthening the tax system by doing more to collect taxes that are due but not collected.”

They concluded that this “would generate significant revenue and create a more fair and efficient tax system.”

Ferrero is preemptively recalling the entire gamut of Kinder products in...

5 tips from Elon Musk to be more efficient