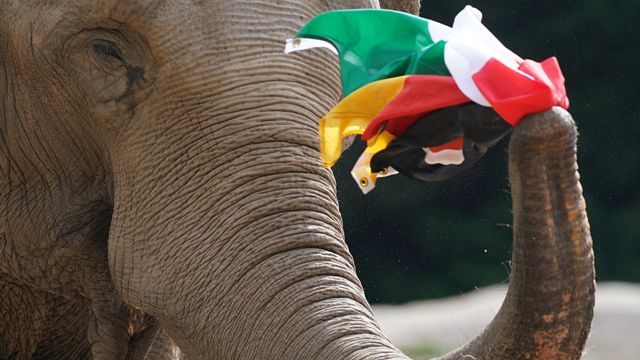 “We are very proud of his good intuition and will be happy if he finishes triple,” said Dirk Albrecht, managing director of the zoo. The German national team will face Hungary in Munich on Wednesday (9pm).

With a tie, the German team will definitely be in the 16th round. Depending on the outcome of the match between Portugal and France, whether in second or third place. With a win, the team can advance to first place.

At this point, the whole elephant at the Hagenbeck Zoo is clearly in football fever. The young animal “Raj” used the opportunity to prove his football prowess in front of an audience on Tuesday. The young man kicked the balls to his guard.