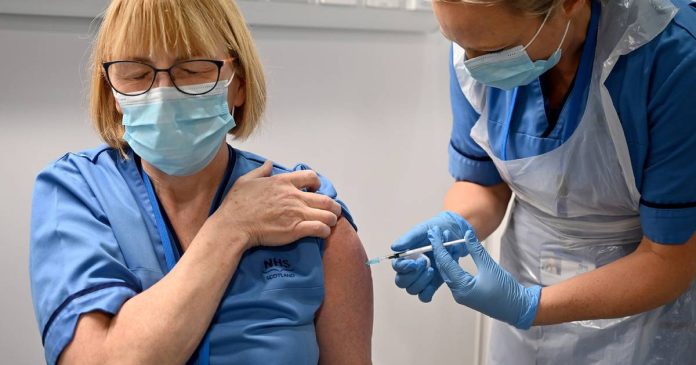 The world is welcoming a second Christmas marked by the uncertainty caused by the pandemic. Although in the past year some countries had already started vaccinating their populations at this time, a new type of COVID-19 has emerged and the most recent one, omicron, is gaining fame due to its rapid expansion.

Hundreds of flights were canceled in different parts of the world, and some countries fear the return of the worst first wave, when health centers were unable to deal with patients. In Paraguay, no case of the new type has been confirmed, although there is a group of travelers that are being monitored by the Ministry of Health.

Meanwhile, billionaire Bill Gates, one of the figures who in recent decades has warned the most about the danger of an epidemic, has once again sounded the alert regarding the omicron variant and its possible consequences, as published by several international portals. It is with the diluted expansion of the new variable, Gates considered that the worst phase of the global health crisis could be entered

For the second year in a row, the pandemic virus complicates Christmas plans and celebrations around the world, from Sydney to the Vatican: Pope Francis presided over a traditional Christmas Mass at St Peter’s Basilica in Rome Friday night in front of about 2,000 masked and – according to the Holy See press room – seated at a distance from one of them.

Of course, only more than 200 people were able to attend a year ago because of the virus. In his homily, the Pope called for humility, calling on believers and the Church to renounce greed and “rediscover the little things in life.”

Read also: Bill Gates: Omicron may be the worst wave, but it may be short-lived

In the city of Bethlehem, in the Occupied Palestinian Territories, only a few hundred despite the cold in Manger Square, the place where Jesus of Nazareth was born according to Christian tradition, gathered to follow a Palestinian scout show. As in 2020, the midnight mass will be dedicated to a small group of believers who attend by invitation.

Across the world, governments are reimposing restrictions and security measures to contain the spread of the virus, in anticipation of the holidays for many, but for their own good. In Ecuador, its residents will have no other choice but to vaccinate: on Friday, the mandatory vaccination of all residents over 5 years old began, the first worldwide to do so.

In other countries, including many Europeans, there is also a tendency to tighten restrictions: the Netherlands has reintroduced confinement, while in Spain and Italy residents will have to wear a mask on a mandatory basis outdoors, as in Greece, as well as indoors, up to 2 January.

In the Catalonia region, one of the most populous regions in Spain, the authorities imposed a curfew from 1:00 to 6:00 in the morning and meetings were limited to ten people before the Christmas holidays.

In France, the government is urging that a booster dose be given three months after the initial dose, compared to the current recommendation to wait five months. Thus, the immunization of minors was established from 5 years.

It should be noted that France broke another record of infections on Friday, with more than 94,000 daily cases, and in the United Kingdom, there was also an all-time high: 122,000 new cases of COVID-19 in 24 hours. In this context, the British Prime Minister recommended that citizens get the booster dose of the vaccine as a gift for their loved ones.

Airlines have canceled more than 2,000 flights around the world, a quarter of them in the United States, due to the omicron variable expansion of COVID-19. According to the Flightaware website, at 15:40 GMT on Friday, there were at least 2,116 canceled flights, of which 499 were connected to the United States, both international and domestic.

But the difficulties caused by a seemingly endless crisis won’t stop Santa from doing his job.

Ottawa’s transportation minister said the most anticipated guest by children around the planet has been allowed to travel in Canadian airspace after showing evidence of vaccination and testing negative for COVID before the flight.

It may interest you: Ecuador imposes mandatory vaccination against COVID-19

The entire flight crew, including Rudolph the reindeer, whose “nose was glowing bright red (but) had been confirmed to have no symptoms of COVID-19 prior to take off,” also received a statement.

The famous sledge visit will be the only one many people will receive tonight at home: millions will remain isolated as a precaution, because they are infected or because they have been in contact with people who have tested positive for the virus. The pandemic has killed at least 5,385,564 people worldwide since the end of 2019, according to an assessment compiled by AFP from official sources on Friday.

Gabriel Costa was a character in the final and became a...