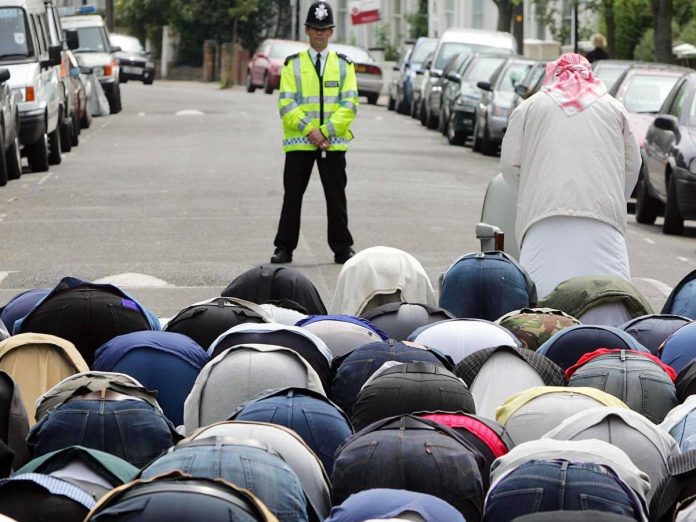 It’s not just about great “real estate” shopping among luxury hotels, big brands and dream complexes in the big Italian cities. Out of ideological subservience or out of convenience, Europe has suffered in the past two decades from a creeping colonization of emirates, similar in size to Abruzzo, but boasting enormous financial means and issuing an Islamism that has ambitions for hegemony, even in Italy.

From Saronno to Mazara del Vallo, a huge and poetic flow of money from Qatar crossed the peninsula. Nearly 23 million is allocated to 45 mosque projects. Qatar has become “the main financier of Islamic centers in Europe, mostly linked to the Muslim Brotherhood,” as one of the world’s leading experts on fundamentalism, the Italian Lorenzo Vidino, asserted. This is just the tip of the iceberg. Tempered by the political correctness expressed by the left, the entire continent let itself crumble like butter by the ideological Islam associated with the Qatari parent company. But the events that shocked the European Parliament two days earlier, with arrests and interrogations, made everything seem even more disturbing: perhaps the subjection was not dictated only by naivety.

The permeability of the European Union, or the countries that belong to it, is the history of these years. The latest case erupted in November 2021: a massive communications campaign, sponsored by the European Union and launched by the Council of Europe, presented the veil as a symbol of freedom. “Beauty is in diversity and freedom is in the veil,” she reads in “The Statements,” and then withdraws amid protests and embarrassment. The campaign was conceived as part of the inevitable initiative against hate messages. On the other hand, Europe funded reports on Islamophobia that were prepared in cooperation with Turkey, an ally of Qatar, in the name of the double-edged: Islam and hegemony.

Tariq Ramadan is supported by Qatar, thanks to which he also received a professorship at Oxford University. The grandson of the founder of the Muslim Brotherhood, the professor-preacher was considered an ideologist of an Islam capable of inflaming the masses and seducing progressive Western elites. In 2016 in Milan, a few days after the Comunali, he was the guest of an event promoted by the European Muslim in the workroom.

And in the Milan region, there was much talk of “Qatar Charity”, a powerful “non-governmental organization” in the emirate – actually linked to the government – linked to political Islam and capable – according to the UCOII (Union of Italian Islamic Communities) – to invest those millions earmarked for mosques. The Country Papers, an investigative book by Christian Cheneau and Georges Malbrunot, two deans of French journalism, dealt with this river of money. The 5 million charged to Bergamo sparked a dispute that ended up in court. A plaque in Brescia reminds us that the car park – opened by “In the Name of God” Sheikh Hamad bin Jassim Al Thani – was built with €100,000 from Qatar Charity. A chapter of the Book of Country Documents is dedicated to Sesto San Giovanni, once the symbol of the city on the left, and then chosen as the colossal minaret. Matteo Salvini opposed it and Georgia Meloni rejected it as “the largest mosque in northern Italy”. The year 2017 was: “A mosque — books — funded largely by Qatar Charity, a charity frequently associated with Islamic fundamentalism.” “The happy left cultivates the beast at home – it ruled – and wants to turn the former Stalingrad into the new Mecca of Italy.”

Hurricane Daniel is approaching Europe. Unfortunately this time there will...

China is frightening again: Guangzhou is armored for viruses