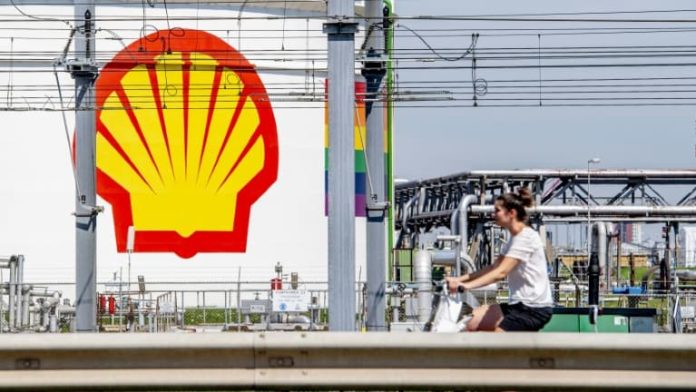 The managing director of Shell confirmed that “our decision to leave was taken with conviction.”

The British oil and gas giant Shell announced today, Monday, that it will give up its stakes in several joint ventures with the Russian Gazprom Group in Russia, due to the Russian invasion of Ukraine. Following the example of fellow BP.

Like the latter, Shell has maintained a presence in Russia over the past two decades despite rising geopolitical tensions, which have at times suffered setbacks but maintained cordial relations with the authorities. And so he invested in the controversial Nord Stream 2 gas pipeline, which he now intends to unload.

“Our decision to leave was made with conviction,” Shell Chief Executive Ben van Beurden said in a statement to the London Stock Exchange.

“We are shocked by the loss of life in Ukraine which we regret as a result of a senseless act of military aggression that threatens European security,” he said.

End of its investment in Nord Stream 2 . gas pipeline

Shell shares were worth $3 billion at the end of 2021 and made an adjusted profit of $700 million last year. The group warned that its sale would have a financial impact, leading to a decline in the value of the accounts.

Other projects involved are the Siberian deposits at Salym and Guydan, where Shell owns 50%.

The group adds that it intends to end its investment in the Nord Stream 2 gas pipeline, which was built but abandoned by Germany and sanctioned by the United States. It has financed up to 10% of the 9.5 billion euros that the project has cost.

And on Sunday evening, BP announced that it was separating from Russia’s semi-public giant Rosneft. He owned 19.75% ($14 billion at the end of 2021). The group has been in Russia for more than 30 years and has been a shareholder of Rosneft since 2013.

He invested heavily in Russia in the TNK-BP joint venture, which was very profitable but its operation was hampered by shareholder disputes that led to the departure of its then-president from Russia in 2008. Then the company was acquired by Rosneft, transforming the state-owned group Russia into a global tyrannical power.

Shell has not escaped crises with its Russian projects.

In 2007, the company lost control of Sakhalin-2 to Gazprom, amid the Russian state’s seizure of the country’s valuable energy assets.