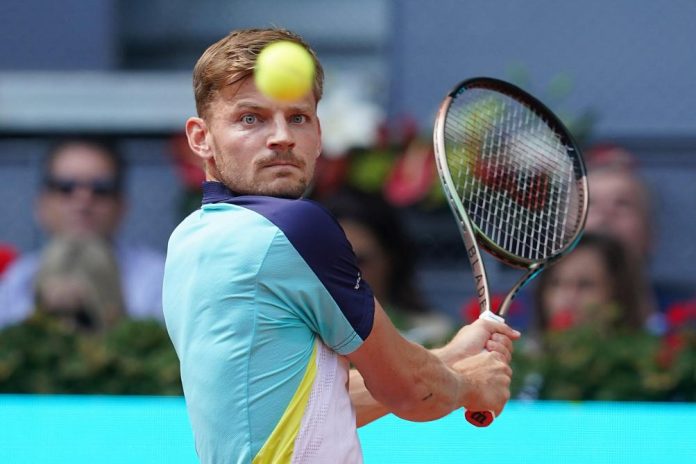 DrGoffin, Yanina Wickmayer, Great Minin, Zizou Burgess, Zaniewska and Kirsten Flipkins will all be in Tuesday’s match in their first round match at Wimbledon, the third round of a Grand Slam.

Goffin, 58th in the world, should face Moldova’s Radu Albot, 113th in the world. The meeting was originally scheduled for Monday but was postponed due to rain disrupted on Monday. The Belgian N.1 will finally play on Tuesday in the first rotation on Court No. 14 at 12:00 Belgian time.

The world number 606 Wickmere and qualifying match, and China’s Lin Zhou, world number 99, scheduled for Monday and postponed, will be played in the first round (12:00 noon) on Court No. 9.

Greet Minnen, ranked 88 in the world, will have a tough time facing Spain’s Garbine Muguruza, 10th in the world, ranked N.9 and winner in 2017. The meeting is scheduled for the fourth session (from 12:00 pm) at Court N 3.

Zizou Berg, ranked 146 in the world, will make his Grand Slam debut in Round Three (from 12pm) on Court 12 against Britain’s Jack Draper (ATP 94).

Kirsten Flipkens, ranked 190 in the world, will start the final tournament of her solo career in Round Two (from 12:00pm) on Court 7 against Australian Jaimee Fourlis, 150th in the world and among the qualifiers.

Finally, we will have on Court 17 Zanevska-Krejcikova (Czech Republic) in the second round.