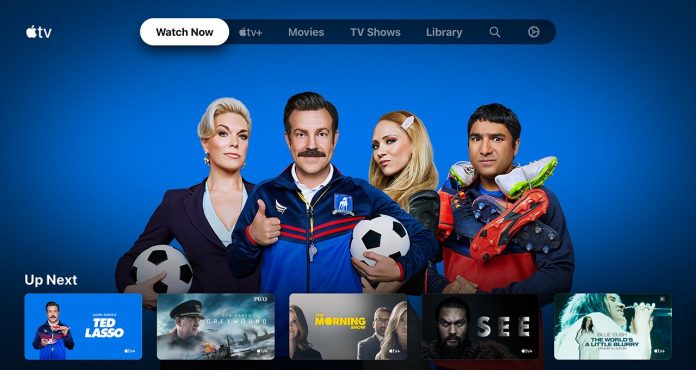 If Apple is known for its famous “enclosed garden”, sometimes the PC manufacturer is as interested in competing platforms as it does in its Apple TV app. This is now available on Android TV!

Apple usually seeks to attract customers to its various platforms and services, and does everything to maintain them. But in the case of the Apple TV implementation, the manufacturer is willing to compromise. Thus, the software is available on a large number of competing devices: connected TVs (Samsung, LG, Sony, etc.), streaming boxes and switches (Amazon Fire, Roku) and even game consoles, but not (yet?) Switch.

Last December, Apple TV debuted Google’s new Chromecast. This was the app’s first foray into the world of Android TV, and at the time the search engine said it was only the first step. Google was right: the app is now available at Play StoreIt can be installed on any Android TV device.

The only exception: Android TV boxes that have been modified by operators, who are not currently entitled to them. But other than that, the application is widely available on the platform, and it is one of the most important in the sector Smart TV and broadcast devices. Thus, Apple TV will reach more consumers, who will be able to rent and buy movies and series, and above all subscribe to Apple TV +.

Apple’s streaming service, which is offered at €4.99 per month (with a 7-day free trial), is less rich than Netflix or Prime Video, but its exclusive content regularly receives good reviews. In addition, depending on its hardware and configuration, the app allows you to enjoy 4K, Dolby Vision and Dolby Atmos (this is the case on the Nvidia Shield TV). Moreover, Google Assistant allows searching for content in the app.

The next iPad Air can borrow from the iPad Pro