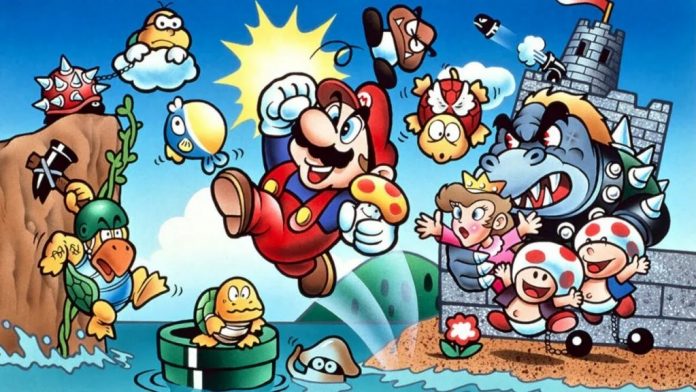 Without the need for electricity or electric current, the robot was able to pass the first level

Technological advancements never stop and a sample of that is the new robotic hand created with a demonstrated ability to do so Being able to play the classic Super Mario Bros.

This is an experiment developed by researchers at the University of Maryland using 3D printing technology This works out of principles “soft robotics”.

This line of robotics development, as explained by the same university, includes the creation and development of new types of Flexible or inflatable robots powered by water or air As the basis for its operation, instead of electricity as it is used to technological progress.

The team responsible for creating this robot, led by Associate Professor of Mechanical Engineering Ryan Sokol, aims to develop a robot that, without the need for an electric current, can demonstrate grace and precision.

To demonstrate the exact skills required The perfect tool was the classic game That made the entire Nintendo company, Super Mario Bros. Famous, the mechanics were created to advance through levels and overcome obstacles that perfectly fit the test scenario required for the robot.

To give the robotic hand the precision needed to run the game, the components were created using a type of layered printing that stacks many layers of multiple 3D materials, called 3D printing. PolyJet 3D. In addition, the team designed Fluidic integrated circuit, which is exactly what allowed the hand to work in response to a single control pressure force.

A clear example of how the robot works and the complete development of the machine can be seen in the official video published by Professor Sochol.

The way in which the idea of ​​the individual control pressure strength was adapted was that while the machine was running and as it progressed through the level, a low pressure on the index finger could make Mario walk and a higher pressure making him walk. .

As a result, the team was able to make the robotic hand completely bypass the first level of Super Mario Bros. In just 90 seconds.

The research was published in Science Advances on July 14. Not only all the processes and results obtained after creating the interesting machine are available in the publication, but also Precision programming can be accessed in an open source format They developed it for the pressure mechanics used which allowed to control the movement that the robot would use within the game.

Developments within the so-called “soft robotics” aim to advance technological progress through the use of materials that are as close as possible in function and appearance to those found in living organisms.

Continuous development of machines following this guideline may also mean in the future, not only creating and creating mechanisms that are relatively close in appearance and function to any other living organism, but that they represent environmental alternative By not explicitly demanding to connect to the mains.

Other advances in the development of this specialized line of robots consisted of creations quite similar to animals such as snakesAnd the Octopus even frogs They can jump and balance on their own.

Although at the moment only a hand has the possibility to cross the first level of Super Mario Bros. It is possible that in the near future we will find a device that can Do much more than just test your skills with a video game.

See also  WhatsApp: Have you added a number in your address book and it does not appear in your contacts? Here is the solution | technology

How does life exist on earth? Thanks to a croissant-shaped...