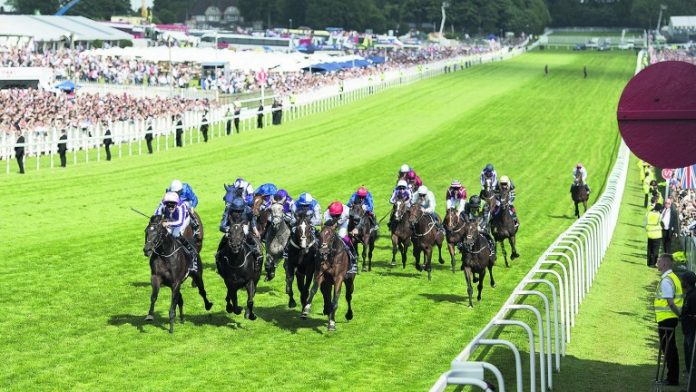 Epsom Derby is one of the most mesmerizing events one can expect to visit in London in June. Of course, it is of special interest to those who fancy horse racing, but regular visitors mostly enjoy it too, due to how spectacular the whole event is. We have collected some tips, interesting facts about the festival, and advice for buying Epsom derby tickets to help you prepare.

What is Epsom Derby?

It is a major horseracing event that takes place in Epsom Downs Racecourse in Surrey and is always held in June, lasting for two days. Its massive popularity attracts millions of people who buy tickets for the games and watch them from public areas or on TV. The number of those who prefer to join the general audience outside the courts is usually as big as 100,000 people, while around 35,000 do buy the tickets and can see the most interesting parts of horses’ performance. These lucky ones are also able to see majestic locations where the competitions take place and enjoy both comfort and the atmosphere of elite horseracing.

A little history to start with

The tournament was first established by Edward Smith-Stanley, who was the twelfth Earl of Derby, in 1779. The main purpose of the race back then was to entertain the young Earl and his mates as well as give them an opportunity to train their horses. As the owner of the Oaks, the Earl decided to call his horses after the former.

This initiative found massive support and quickly became very successful as all wanted to compete alongside these respectable young men. Initially, only female horses were allowed in this event, but later it was decided that male ones should also race. This race was called the Derby. Since that time, the two races have been written not only into the history of sports but also in the history of the United Kingdom.

What are the ways to visit?

Depending on how much time and money you are willing to spend, there are a few ways for you to visit the festival. The Queen always watches it from the Queen’s Stans, so you too should be able to find your ultimate way.

It is located at the top of the building and includes the Royal Suite, where the Queen sits during the race. Obviously, these seats give you the best view and allow you to see everything as well as the Queen herself. The disadvantage, however, is that the tickets are quite pricy — adult ones begin at £115. You can check websites like Koobit to find the best ones.

These seats are almost as good and are actually located quite close to the Queen’s stand. You might be a bit further from the finish line but will also get great exposure to what is happening and will also be able to visit the parade with other viewers.

Their seats are much cheaper and start from £40; however, they do not allow you to see the race with your own eyes. Instead of that, you can see everything on the large screens around. At times, it can be even more convenient for those who are not sure what to pay attention to or just have poor vision.

This one goes along the track and allows you to join neither the parade nor the winner’s enclosure, but it is perfect for seeing the finish line, so if you want to catch that emotional moment when the first horse passes it, you should consider these tickets. They begin at £30.

See also  3-1 after extra time at Mannheim: Union advance to the 16th round of the Berlin DFB Cup

This enclosure gives you the best exposure to horses as they are about to take their final turn but does not really allow you to see the rest of the track. One of the reasons so many people choose these tickets is that they are usually only £20.

This location is on the hill and has a great view of the grandstands and the finish line. As it is intended for people who come with children, this enclosure offers loads of entertainment. One has to watch the race on one of the screens and cannot join the parade or the winner’s enclosure. You can buy these tickets for about £15.

Other than these, there are other options to watch races. For example, you could go on a ride on an open-top bus. This tradition is ancient and involved actual carriages in the past, so it can be pretty expensive. But the experience will definitely be hard to forget.

Also, you can watch the Derby for free on the hill. It is, of course, not as comfortable and fairly crowded, but the possibility of saving a couple of pounds has always been attractive enough to force thousands of people to do so. Many people bring chairs, food, and picnics, and others even bring tents to protect themselves from the sun as even in London it can be a bit hot in June.

What other things you should know

First of all, you should remember that it might be hot, dress appropriately and think about both sun protection and comfort. Also, depending on where you sit, there may actually be some rules regarding your outfit. The Queens stand, for example, requires morning dresses for women and formal clothes for men. Top hats are obligatory.

One must also remember about hydration. The Festival offers catering with a variety of food and drinks, but if you want to save money, you can also feel free to bring your own unless you have tickets for the Duchess’s Stand or the Queen’s Stand.

In conclusion, The Epsom Derby is an amazing Festival that you can enjoy regardless of your budget. It is a great place for both horserace fans and regular visitors, and you are most likely to have loads of fun.

Video. “When you’re in Jeff Touche, you can say anything.”