Persia Digest
Home World The remains of 215 children were discovered at a Catholic school in... 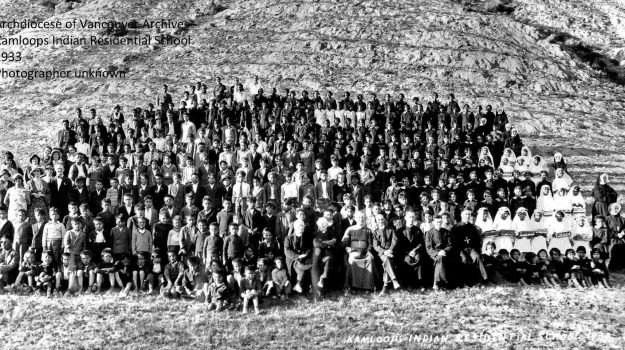 Pope Francis is not silent about the “shocking discovery” in Canada From the remains of 215 young aborigines In a grave at a school run by the Catholic Church in British Columbia. Indeed, in addition to expressing “pain” and “closeness”, he addresses “shocking news” by demanding “cooperation” between political and religious authorities in order to “shed light” on what happened. “I am following with pain the news coming out of Canada about the shock The remains of 215 children were discovered from the Kamloops Indian Residential Schoolin the province of British Columbia,” said the Pope to the Angels.

“I join the Canadian bishops and the entire Catholic Church in Canada in expressing my closeness to the Canadian people, who are shocked by the shocking news,” he continues. According to the Pope, “a sad discovery raises awareness of the pains and agonies of the past.” “I hope that the political and religious authorities of Canada will continue to cooperate with determination to shine a light on that sad story and humbly commit to the journey of reconciliation and healing,” is his plea. “These difficult moments – continues Francis – are a powerful reminder to all of us, to break away from the colonial paradigm, but also from ideological colonialism today, and to walk hand in hand in dialogue, mutual respect and recognition of the cultural rights and values ​​of all the daughters and sons of Canada.” To the Lord the souls of all children The deceased are in boarding schools in Canada and we pray for the suffering families and communities of Aboriginal Canadians. Let us pray in silence,” he said to the faithful in St. Peter’s Square.

See also  Putin: “A global catastrophe with NATO forces in Ukraine. Biden? I don't see the need to meet him."

The terrible discovery caused a wave of outrage in Canada and the rest of the world. The school was one of several colleges established a century ago to receive and educate Aboriginal children and is run in most cases by the Church, which looked after Kamloops on behalf of the government from 1890 to 1969. Just yesterday, Canadian Prime Minister Justin Trudeau described the story as a “shameful chapter” in his country’s history, he again turned forcefully to the Catholic Church to demand an explanation and “take responsibility” for decades of abuse in colleges where generations of Aboriginal children grew up with the goal of erasing their roots and assimilation into a dominant society’s culture. Trudeau announced that if the church does not cooperate and publish all the documents in its possession, the Ottawa government is ready to take “drastic action”, including any legal action, to obtain the papers and evidence requested by the families of the victims. . About 150,000 Aboriginal children and adolescents, including Inuit and Metis, are enrolled in 139 designated boarding schools. The Pope also met yesterday in the Vatican with the Canadian cardinals serving in the body of the Holy See, Michael Czerny and Marc Ole, and appointed Mgr. Ivan Yurkovich, currently an observer at the United Nations in Geneva. And today his unwavering response will make clear abuses and abuses in church-run schools. In a statement issued on May 31, the Canadian bishops also expressed their “deep sadness,” affirming their commitment to the country’s indigenous communities.