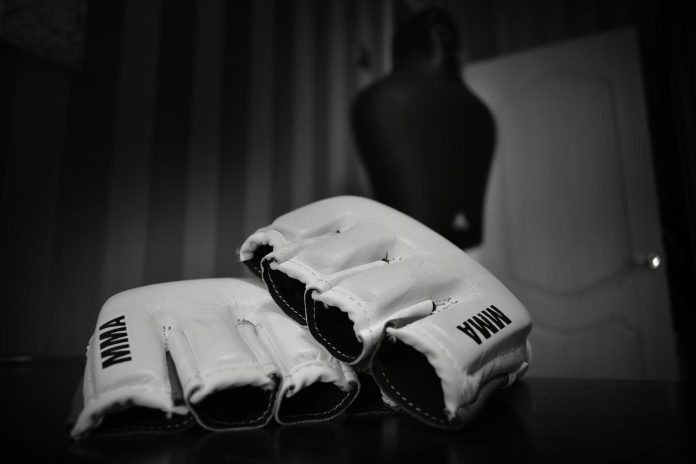 We are just under a month away from UFC 279, taking place at the T-Mobile Arena in Las Vegas on September 10th. Khamzat Chimaev will headline the event, facing off against Nate Diaz in what will be the latter’s last ever fight in the UFC. Many see this as a mismatch of sorts and maybe even a final middle-finger from UFC president Dana White to Diaz. When you look at the short yet explosive career of Chimaev, it may even make sense. Online betting has him as a heavy favourite, with some sites having him as a 1/12 odds on favourite.

Although still in the infancy of his career, Khamzat “Borz” Chimaev has already made a name for himself in the word of Mixed Martial Arts. The Russian-born fighter out of Sweden barrelled through his early competition and quickly rose up both the UFC welterweight rankings and collective psyches of MMA fans.

Born and raised in Chechnya, Chimaev decided to up sticks to Sweden aged 19 where he would begin his training at a wrestling club in Kalmar. It was not long after his relocation that he began competing in freestyle wrestling competitions, winning the Swedish national wrestling competition in 2015, 2016 and 2018.

He finished his time as an amateur wrestler unbeaten, picking up a deadly style in an exceptionally short amount of time. Upon the culmination of his wrestling career, he began honing his fighting skills with a look at stepping into the octagon. He moved to Stockholm and began training at one of Sweden’s top MMA gyms, AllStars.

It was here where he started pairing his fierce wrestling skills with his stand-up which, like his wrestling, he picked up fast.

After blazing through opponents at amateur level, going 3-0 with three finishes, Borz turned pro in May 2018. He won his first bout via TKO in IRFA, a Swedish regional promotion. He went on to terrorize middleweight’s and welterweight’s alike in Middle Eastern MMA promotion Brave CF, finishing all six of his opponents during his time

It was not long until MMA fans and more importantly Dana White took notice, and barely two years into his pro career he was called up to the UFC. His first fight came against John Phillips, replacing Duško Todorović, on July 16, 2020, at UFC on ESPN 13. He won via submission and earnt a performance of the night bonus.

He returned just 10 days later, setting the record for the fastest consecutive wins in modern UFC history. He beat Rhys McKee via TKO in the first round and earnt himself a performance of the night bonus.

He was back again against former ranked opponent Gerald Meerschaert. In case you’re not noticing a pattern here— he won via TKO (in 17 seconds!) and earnt himself a performance of the night bonus.

Another TKO victory and another bonus followed when he beat Li Jingliang at UFC 267 and people began asking questions as to whether he was already prepared for a fight against top five opponent just 3 years into his MMA career. Chimaev himself insisted he was and his wish was granted when he was handed a three round fight against the number three ranked Welterweight in the world and former contender, Gilbert Burns.

See also  Despite the quarterly report, Panorde shares fell to a fourth session

Burns was far and away Borz’ most difficult opponent yet and some questioned whether it was too much too soon. The fight was an instant classic with both men, despite their wrestling and Jiu-Jitsu backgrounds, standing and throwing for a majority of the fight. Going all three rounds with just 2:29 of control time between them, it marked the first time Khamzat was taken to the brink and Burns was even awarded a round by all three judges. A few scares aside stemming from Burns’ stinging straight right hand, Khamzat survived and landed a couple of knockdowns to win by unanimous decision. Both fighters earnt the fight of the night bonus for this bout, meaning Chimaev has a 100% bonus record in all five of his UFC fights so far.

Although this fight showed that Chimaev is human after all, it also proved that he was ready to brush shoulders with the best that the UFC had to offer and that the hype around him was to be believed. Much like Jon Jones, Khamzat Chimaev has taken to the sport of MMA like a duck to water. The parallels between both fighter’s careers are apparent and it may not even be a year until we see the Swedish native fight for a title, potentially his next fight if he is to beat Nate Diaz.

He possesses a scary amount of talent, though what is even scarier is that he is still learning. At just 28 years old and four years into his career, you have to believe that Borz is only going to get better and continue to ‘smesh everybody’ in even more of a spectacular fashion.

Data Science Technical Skills and Ways to Improve Them